The former NBA player returns to professional basketball for the first time in five years. 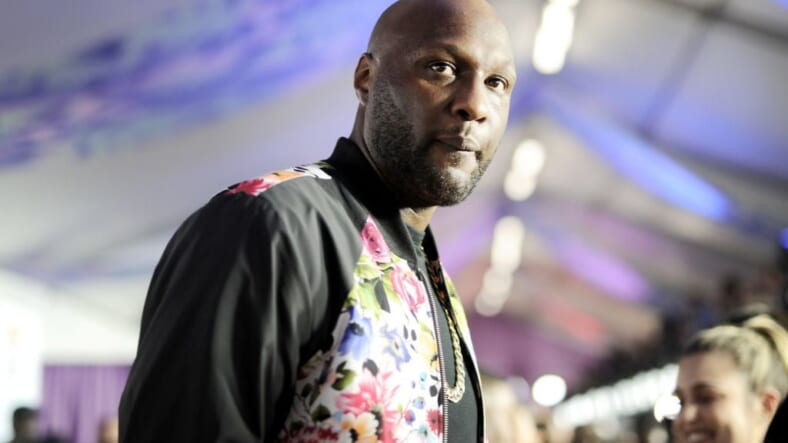 Former NBA star Lamar Odom has seen his share of struggles including fighting for his life in a Las Vegas hospital. Now the two-time NBA champ is making a return to the court.

Over three years have passed since Odom was found on the brink of death at a Nevada brothel. After years of struggle with his health following the incident, which included him suffering 12 strokes and six heart attacks while he was in a coma, Odom is trying to put that all behind him and make a fresh start.

“It’s crazy because I have so much history with Vegas,” Odom told the Los Angeles Times. “I almost went to school here. I almost died here. It’s crazy that this is happening for me no where. A lot of life-changing situations happened for me in Vegas.”

According to Fox News, on Wednesday, Odom joined the Big3 a 3-on-3 basketball league which was founded by rapper, actor and producer Ice Cube. The league is now entering into its third season. Odom has been named co-captain of the Enemies ahead of the league’s draft. Fox reports that his team will feature Gilbert Arenas, Perry Jones III, Royce White, Craig Smith and Frank Robinson with former Detroit Pistons star Rock Mahorn as head coach.

CONFIRMED: After a great deal of speculation, Lamar Odom has officially been named co-captain of Enemies! They will have the first pick of the #BIG3Draft tonight at 10PM ET LIVE on CBS Sports Network. Presented by MGM Resorts (@mgmresortsintl) ?‍☠️?‍☠️?‍☠️

After spending 12 combined seasons in Los Angeles with the Lakers and the Clippers, and two combined seasons with the Miami Heat and Dallas Mavericks, he admits that his health problems have changed the way he plays. But the 14-year veteran, who has not played professionally since 2014 following a stint in Spain is hoping to return overseas before he retires.

—Raz B of B2K arrested for reportedly beating up his girlfriend—

“Hopefully this will prepare me to go play one season overseas,” Odom said. “That’s what I really want to do, and then I’ll hang it up over there. I want one more run.”

What do you think is the number one killer of dreams ? It’s fear. Today, my body is healthy, my mind is at peace, I love my children and they love me. Thats it. It’s the ONLY thing that matters in my life today. What is accomplishment to you ? And why? You will accomplish NOTHING in life if you don’t start fighting your fears. Fears are lies. Voices in your head that will tell you to give up. Voices telling you that you can’t and won’t. The biggest battle I fought in life is the fight against my fears. The reason i am making a comeback to basketball is because I REFUSE to listen to my fears but instead follow my heart. My heart, telling me that I have to play basketball one more time to show people that you can OVERCOME addiction and LIVE a happy life enjoying the little things. I used to win NBA championships and chances are small that I will ever be playing on NBA level or maybe I will. Who knows? I am a believer of the POWER OF WILL, that’s how I won my championships. I believed I could and I did! But listen to this, I don’t have to be a NBA champion again to make a difference in the life of my kids, people around me or even in yours. Maybe I can show you that you can become a champion in defeating your addiction or help others defeating theirs.. Those are the real champions of this world. We need more of these messages in this world today. It’s the year of execution not talking. Im ready for you. For today, I hope you can shut down that voice of fear and see how the universe is gonna reward you back for just believing in yourself. #fearisalie ? @ryanloco