Ice Cube reveals when we can expect another installment of ‘Friday’ 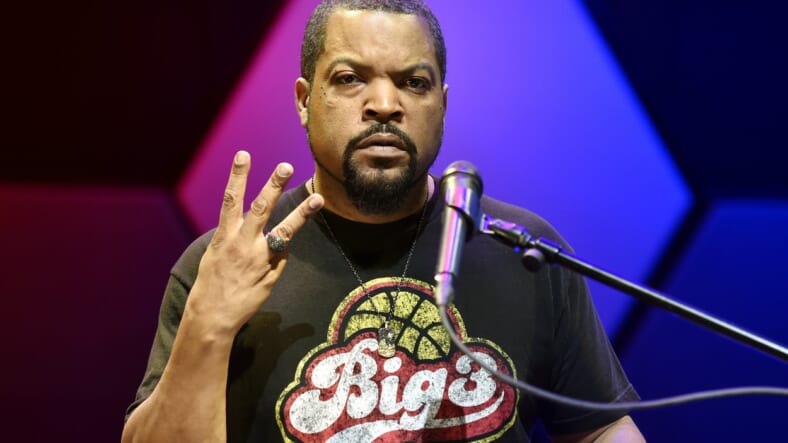 BIG3 co-founder Ice Cube poses ahead of the BIG3 Draft at the Luxor Hotel & Casino on May 01, 2019 in Las Vegas, Nevada. (Photo by David Becker/Getty Images)

Ice Cube is expecting April 26, 2020 to be a very good day and revealed that his latest installment of the Friday movie series — tentatively titled Last Friday — is slated to be released on that date, which would be the 25th anniversary of the original film, starring himself and Chris Tucker.

“We are pushing for it, we finished the script, we are getting notes from the studio and it’s going back and forth,” Cube said on ESPN’s The Jump. “Get into pre-production and start hiring. It would be nice for this to come out on the 25th anniversary.”

To the 24 years that have flown since this came out, all I gotta say is… BYE, FELICIA
Do you want the next chapter?? pic.twitter.com/NqI4icZUiR

Friday has long been a fan favorite since its 1995 release, which followed the misadventures of Cube and Tucker beginning on a random Friday afternoon. It was a sleeper hit, grossing $28 million worldwide. It spawned two more sequels, Next Friday (2000) and Friday After Next (2002).

Although Cube, 49, has been confirming the movie franchise’s return for years now, part of the delay was due to Cube’s many other projects, as well as his desire to return as much of the original cast as possible for the fourth installment.

During an interview with Beats 1 earlier this year, Ice Cube confirmed to host Zane Lowe that the script was done and the cast was “great!”

“[The new Friday] is coming along. The script is final. That’s all I can say. I’m writing… All that’s done.

“To me, we got great actors in the movie, you know? Some comedians, some just great actors. So the movie’s gonna have the right chemistry — that to me is not anything to worry about. It’s more about do they have the material that they can take and turn into magic. It’s on me to put that in their hands.”

Last year comedian Mike Epps, who starred in the two Friday sequels, teased that the movie would be rolled out soon and shared photos from the set with on-screen dad John Witherspoon and Cube.

@icecube spitting game on the set is always Gold @johnwitherspoon was a danm fool today ??had me rolling! Get ready for @thebig3 coming this summer!!

READ MORE: Ice Cube on ‘Straight Outta Compton:’ ‘I’ve been dreaming about this for over 20 years’

But fans really wanted to know if Tucker could possibly reprise his role as Smokey from the first Friday movie.

While Tucker turned down the opportunity to play in the Friday movie sequels, back in 2016 it seemed that he was reconsidering.

“If it comes together right, I’m definitely gonna look at it and see if it works,” he told the hosts of ESPN’s The Plug. “‘Cause I never say never; I definitely want to check it out. If it works, it’s a possibility.”