A five-year-old girl was kidnapped after her stepfather says he was attacked and knocked unconscious. An Amber Alert has been issued 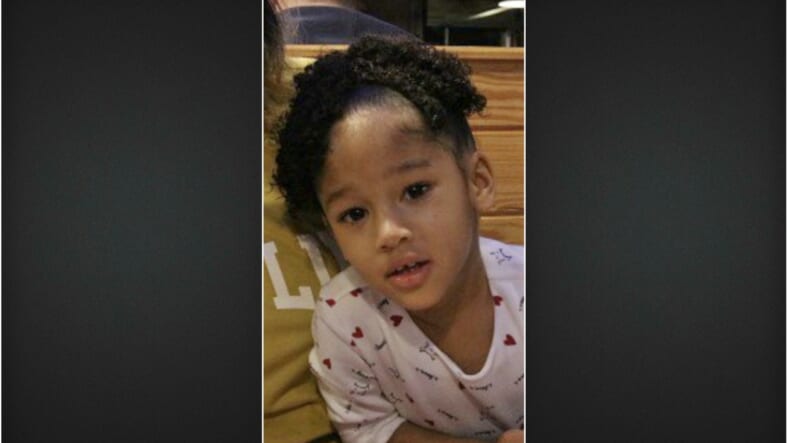 Police are trying to piece together who abducted a 4-year-old Houston girl after her father was allegedly knocked unconscious by three men and kidnapped along with his daughter and toddler son.

The story has baffled authorities who are struggling to find the men who allegedly stole the child Maleah Davis from her stepfather Darion Vence after he stopped along a highway to tend to a flat tire, police said, the Houston Chronicle reports.

On Sunday an Amber Alert was issued for Davis after the kidnapping. The girl’s condition is even more perilous because she recently had brain surgery and still needs medical care, investigators revealed.

According to Vence, he was on his way to pick up Maleah’s mom from the Bush Intercontinental Airport around 9 p.m. when he heard a noise. He pulled over at Greens Road near Highway 69 because he assumed the popping noise he heard was due to a flat tire, Houston police Sgt. Mark Holbrook said.

“One of them makes a comment saying, ‘Maleah looks very nice, looks very sweet,'” Holbrook said. “The other male hits Darion in the head.”

Vence reportedly was knocked unconscious and when he awoke, he was in the back of the truck with the three men, Maleah and his son, Kourtland and passed out again, Holbrook said.

According to police, Vence reported that he and his son were dropped off around 6 p.m. Saturday, in Sugar Land, Tex., without Maleah, but he claims his memory is groggy about the details of what happened.

Vence reportedly remembers wandering a highway for hours with his son searching for help, but fell short, Holbrook said. He ultimately ended up at the Houston Methodist Hospital between 10 and 11 p.m.

He then made the report that his daughter Maleah was missing, but currently isn’t being viewed as a suspect, the investigator said.

“I realize there’s a lot of blanks in that story, but we’re hoping that the public fill in the blanks,” Holbrook said.

Maleah’s mother who was returning to Houston from attending her father’s funeral in Massachusetts, on the other hand was left at the airport and had to be picked up by her mother, Brenda Bowens.

“I can’t even imagine anybody going through what my family is going through,” said Bowens. “It’s unbelievable.”

“If anybody hurt my grandchild or they took my grandchild, I want them to be punished the way they are supposed to be because she was the sweetest little girl,” said Bowens. “I miss her terribly.”

Vence was driving the mother’s vehicle, a silver 2011 Nissan Altima, which is still missing and was reported stolen.

Editor’s Note: Due to information provided to the media previously, an earlier version of this story said that Maleah Davis was 5 years old. She is actually 4.