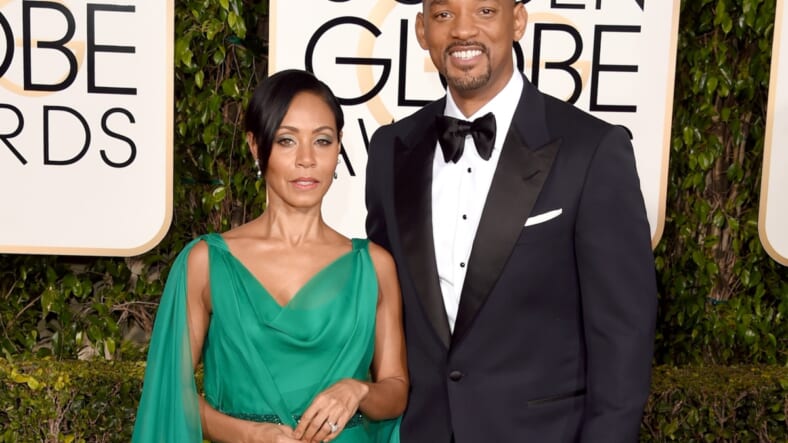 Jada Pinkett Smith set the record straight about how she’s dealt with flirtatious female fans who have approached her handsome husband Will over the years.

In the latest episode, of the Jada’s popular Red Table Talk show, she travels to North Carolina to meet with Ayesha Curry (wife of Basketball superstar Steph Curry), his mother Sonya Curry, little sister Sydel Curry and future sister-in-law Callie Rivers, to discuss everything from anxiety issues to handling women who have been flirty with their famous men, MSN reports.

Jada admits: “There was only one or two times where I might have gotten a little hostile where I felt like people, they stepped over a boundary and they were disrespectful.”

Jada even recalled a time when her daughter Willow had to check a woman who sat down on her daddy’s lap in front of her.

“I remember when Willow was five or six and one of his co-stars was in his trailer,” she shares. “She jumped in her father’s lap and she looked at the co-star and said, ‘My mother’s gonna be here very soon’… And I remember Will telling me the story, I cracked up!”

Curry’s famous NBA husband has women wooing him all the time especially because he’s so approachable, she admits.

“Stephen is very nice by nature and he’s very talkative,” Ayesha says. “Everything is always very friendly and sometimes to the point where I’m like, I’m a grown woman, so I’ll just insert myself. I’ll be like, ‘Hello. How are you doing?'”

The women also offer insight into how they’ve struggled with bouts of anxiety.

“I have anxiety too, really bad, to the point where I actually take medication for it,” Ayesha reveals. “And I think it’s something that everybody, in some way, has moments. I think open communication and putting your feelings out on the line, that helps me a lot, [and] just letting someone know, ‘I’m kind of having an anxiety attack right now.'”

“Recently I have been, like, I just get really frustrated and I just feel like there is so much energy,” Willow explains. “I get frustrated and then in my head, I feel manic. So, like, lately I’ve just been dropping down and just [doing push ups].”