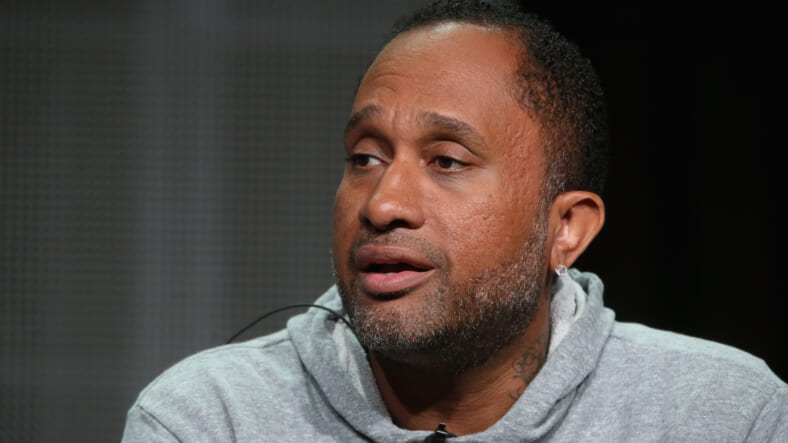 According to Variety, the remake of the classic remains in active development, but has been “rolled to off cycle at the broadcaster.”

Barris and his writing partner Yamara Taylor looked to take a unique spin on the lily white 60’s sitcom. The original show that aired on ABC for eight years (1964 – 1972), was about a witch named Samantha, who by the twitch of her nose had magical powers. She marries an ordinary mortal man named Darren, who is working hard to hide her super powers from the world- afraid they will ostracize them for being different. While the “Darren” character will remain white in the re-boot, the catch is to make the “Samantha” character (originally played by Elizabeth Montgomery) Black.  By creating the additional tension of an inter-racial relationship, Darren will have to balance race and magic as he seeks to blend in.

“I thought it was an incredibly smart rethink and re-telling of that story,” recently appointed ABC president Karey Burke stated during her executive session at the Television Critics Association winter press tour. “Kenya is peerless in the television business as far as I’m concerned…[Kenya and I] decided together that the script wasn’t quite there.”

The initial announcement of the reboot was announced back in August. ABC’s commitment to the pilot production came shortly after Barris announced he would be living his overall deal with the TV production company for a reportedly nine-figure deal with Netflix for three years.

The Bewitched news comes at the same time of the announcement for Grown-ish Season 3 renewal by Freeform, which stars black-ish star, Yara Shahidi. Both shows are executive produced by Barris.

Grown-ish is currently airing its second season on Freeform every Wednesday at 8 p.m.