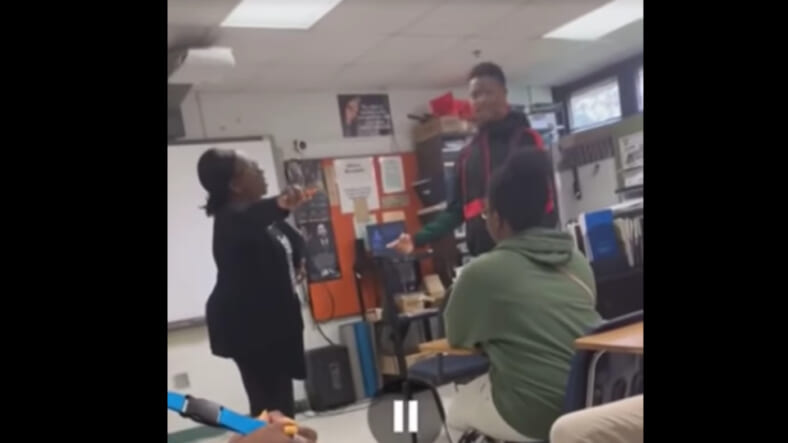 A Leflore High School student was caught on camera snatching off a teacher's wig in Alabama. (DailyMail/youtube)

An Alabama high school student was caught on video ripping the wig from his substitute teacher’s head, embarrassing the educator and as she tried desperately to get it back.

Students whipped out their cellphones and recorded the moment in March when a LeFlore High School student in Mobile, Alabama taunted his teacher by snatching off her wig and running around the room with her hair.

The teacher ordered the student to sit down. The unidentified student says something inaudible in response and as the teacher turned around to walk to the desk, the student then disrespectfully grabs her wig off her head.

Students laughed and recorded as the student waved the wig, danced and refused to give it back as the teacher demanded her hair.

He really snatched the teacher wig off LMFAOOOOO ?I just know he got bout 10 days home pic.twitter.com/nA28Q76jpb

No word on how or if the student was disciplined.

While it’s clear the student’s actions was disrespectful toward the adult in charge of him, there are some disrespectful teachers who take things way too far like the one who called students f*cking n*ggers in Minnesota.

According to the recording, Brilowski appears to hurl vulgar language and racial slurs at students, saying “f—— n——” in the video.

A staff member tried to defend Brilowski’s comments saying that she repeated what the students said to her, The Daily Mail reports. However, the 20-second video does not show any students on video saying the racial slur.