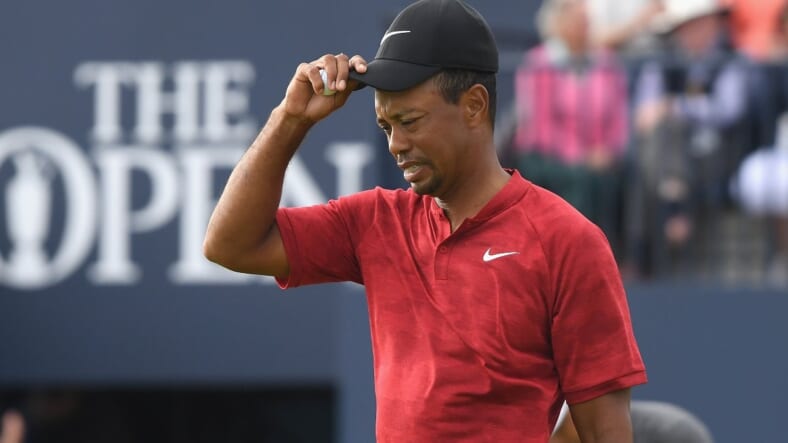 Tiger Woods acknowledges the crowd on the 18th green during the final round of the 147th Open Championship at Carnoustie Golf Club on July 22, 2018 in Carnoustie, Scotland. (Photo by Harry How/Getty Images)

Tiger Woods and a manager of his Florida restaurant are being sued by the parents of a 24-year-old bartender whom they say are responsible for allowing their son to drink and drive.

Nicholas Immesberger died in a high-speed car crash on Dec. 10 last year after reportedly getting drunk at the The Woods restaurant in Jupiter, Florida.

The lawsuit names Woods and his girlfriend Erica Herman as defendants because they reportedly had knowledge of Immesberger’s drinking problem, The NY Daily News reports.

Immesberger’s parents allege that the restaurant over-served an ‘alcoholic’ staff member. They claim Woods and Herman knew their son on a personal level and that he grappled “with the disease of alcoholism.”

Immesberger worked a shift as a bartender on Dec. 10 but continued to drink “to the point of severe intoxication” before getting in his car.

“Tiger knew, or reasonably should have known, that Immesberger was habitually addicted to the use of any or all alcoholic beverages and/or was a habitual drunkard,” the lawsuit states.

Woods is scheduled to play in the PGA Championship this week.