The rapper and his trainer made it clear that Drake's six-pack is all natural. 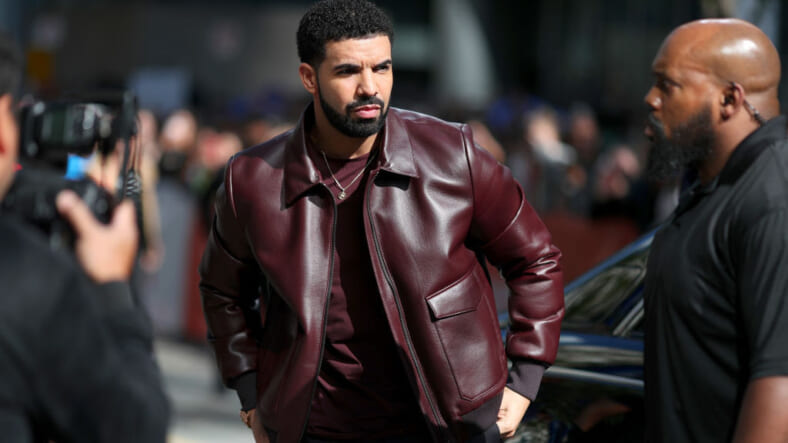 Inquiring minds want to know after the rapper posted a shirtless pic with his pectorals popping and a very ripped mid-section which he captioned “I forget what it’s called but I remember the feeling.”

I forget what it’s called but I remember the feeling ✅

Well, that led Drizzy’s friend Carnage to seemingly call him out the In My Feelings rapper on Instagram about possible plastic surgery, which prompted the two to go back and forth about it.

“You got fake ab surgery in Colombia you ain’t foolin’ anybody,” the record producer wrote in Drake’s comment section.

“Is this cause you are angry about the one thing that happened with that one person the other day that you thought was your wifey,” Drake responded.

Carnage, statements even caused Drake’s trainer to chime in and hit back.

“Holla at me I’ll get you right too,” said trainer, Johnny Roxxx.

Carnage then replied to Roxxx, saying his hateration was all in good fun.

“You always busy with this goof!! Come train with a real TITAN,” he wrote.

Drake fans, however, were feeling the pic and posting flame emojis in support of his fit tatted up physique.

Drake quickly clarified that it was all in good fun. “Aye relax we friends in real life,” he said.

Maybe Drake was just getting his bawdy good and ready for the BET awards since he was nominated for five accolades. Beyonce, Travis Scott and J. Cole all were nominated for four.

The big event will air live from the Microsoft Theater at LA Live on June 23 and will celebrate the brightest stars across music, television, film, sports, and philanthropy. Cardi B leads the pack with seven nods including ‘Best Female Hip Hop Artist,’ two separate nods in both the ‘Best Collaboration’ and ‘Video of the Year’ categories, ‘Album of the Year’ and the ‘Coca-Cola® Viewers’ Choice Award.’