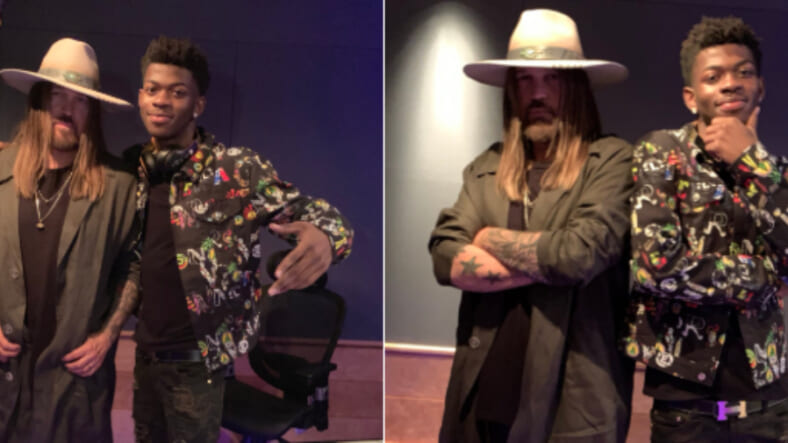 Country music fans are in their feelings about Lil Nas X’s deal that he secured with Wrangler jeans for his own collection.

Angry fans have reportedly vowed to boycott the brand for giving the rapper a deal with the brand thanks to the success of his chart-topping hit, “Old Town Road.”

The collection reportedly includes denim button down shirts with “Old Town Road” written across the back, an assortment of graphic t-shirts and denim offerings for both cowboys and cowgirls. The men’s denim is designed with a #1 written on the side— a salute to Lil Nas X’s reign at the number one spot on the Billboard charts for five weeks straight.

“This is how you lose customers,” wrote one person on Instagram.

“Went from cowboys to rappers,” another said.

White men around here tho pic.twitter.com/46UZG4sfYT

Wrangler released the following statement Wednesday in support of their decision to launch the collection.

“Since 1947, we’ve offered jeans for a variety of wearers and occasions. Our western heritage and offering quality product for all wearers will always be the very heart of the brand.”

Lil Nas X, whose video for the “Old Town Road” remix featuring Chris Rock and collaborator Billy Ray Cyrus has over 46 million views on Youtube, weighed in on the controversy on social media.

He wrote: “Y’all really boycotting Wrangler?? Is it that deep?”

y’all really boycotting wrangler?? is it that deep ?

With all the chatter, this is surely going to be a win for the brand.