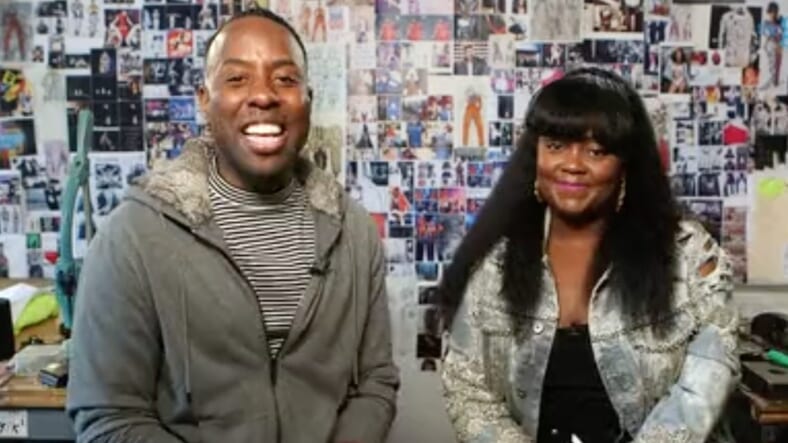 Black Glam is back with another installment and this time, celebrity stylist Johnny Wright sits down with costume designer to the stars, Brea Stinson to find to how she built her enviable empire.

You may not know it, but you’ve already been treated to Stinson’s talents several times, thanks to her work with superstars like Salt N Pepa, Ciara, TLC, and H.E.R. among others.

Black Glam: Johnny Wright peels back the curtain of Black beauty and fashion with industry experts

Her delicious designs have even been worn by Beyonce, who enlisted Stinson’s help when she needed a special look for her Formation tour.

“It was kind of like a full circle moment for me because I had met her back in early 2000s. I was a wardrobe stylist for a long time that would design every once in a while and during that time in New York when I was wardrobe styling I worked with Jay-Z,” she explains. “When he did the collab with Reebok when he did his sneakers, she was on set during that. I had some exchanges with her but my official time being hired and getting a check was the Formation tour…It was kind of a surprise because it was a 24 hour turnaround.”

Black Glam: Celebrity hairstylist Larry Sims on how he cultivated his dream career

Before she was a sought after designer for big names, she was a fan of the greats.

“I thought that I would be Diana Ross because I’m from Detroit and I grew up totally obsessed with Motown and The Supremes. I was just obsessed with those girls and the glamour of it all,” she says during her sit down with Johnny Wright. “I had no idea that  those people that I love like Diana Ross and Madonna actually had someone who was in the background curating for them.”

WATCH Black Glam: Johnny Wright on his incredible road to success and how he became #HOTUS

You can also catch Johnny as he hosts our style series, The Fashion Cafe, alongside Ariana Soleil as they both deliver all the details of the latest fashion finds and trends to try.

Check out the full episode above.