The young actor who played Korey Wise in 'When They See Us' took his performance to a new level, but there are some interesting tidbits about how he got into the character 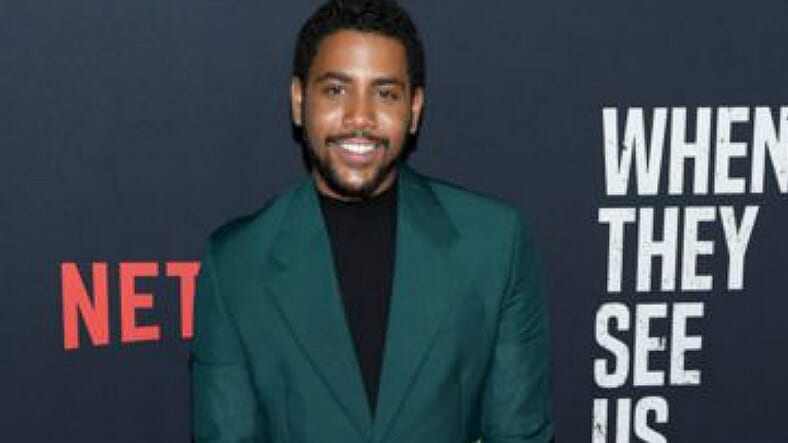 Jharrel Jerome attends the World Premiere of Netflix’s “When They See Us” at the Apollo Theater on May 20, 2019 in New York City. (Photo by Dimitrios Kambouris/Getty Images)

Audiences have had strong reactions to Ava DuVernay’s latest offering, When They See Us, a dramatization of the Central Park Five, the infamous 1989 New York rape case, that led to the arrest of five Black and Latino boys who spent years incarcerated before their eventual exoneration.

The four-part Netflix series may be hard to watch, but is widely being applauded as essential viewing for understanding racism in the criminal justice system.

Jharrel Jerome plays Korey Wise, the eldest of the five and the only one who was convicted as an adult. Viewers first saw him in his debut in Barry Jenkins’ Moonlight, this project shows he’s someone we all need to keep an eye on. Here’s five things you need to know about him.

READ MORE: A master class in railroading: What ever happened to the Central Park Five prosecuting team?

He knew very little about the case before the film

Jerome, 21, wasn’t even born when the Central Park Five rocked the headlines, and knew fairly little about the particulars before signing on to the project.

“That was the park I hung out in as a kid in high school,” he recently recalled to the Los Angeles Times.

“It wasn’t a story I knew in detail,” he continues. “Just like the rest of the people that I know, we kind of know the story — it was almost like in the back of our head, something that our parents taught when we were younger but nothing that we completely understood.”

When it comes to playing Wise, Jerome adds, “It was definitely the most difficult process I’ve ever had getting into the mindset for a role. This was real life; he really went through this. And here I am playing somebody who has never been seen — like, really seen — before.”

He made Korey Wise shed tears during the first table read

The massive undertaking of bringing this story to life took the cast and crew four years. But from the very first table read, cast members – along with four of the real Central Park Five who were in attendance – quickly became aware that Jerome was particularly well suited for the role he’d been assigned.

“I’ll tell you what Jharrel did to me,” co-star Michael K. Williams, who plays Antron McCray’s father, Bobby, told BET. “We were at the table read. We hadn’t even begun filming yet. We read episode one and it was to the part where Korey was being sentenced and he was freaking out in the court room. And Jharrel started to go in AT THE TABLE READ. I’m sitting here and he’s to my left. I’m looking at him like, OK, this kid is going too hard, he’s gonna get you, Mike. He’s gonna get you.”

“I didn’t want to cry at the table read,” said Williams of that emotionally charged first encounter. “So I turned my head and looked this way and I locked eyes with the real Korey, who is just sitting there with tears streaming down his face. I took my baseball cap, pulled it down, and said it’s going to be that kind of ride. At the table read, he wore me out.”

I’ve seen plenty of movies and acting, but the way Jharel Jerome played his role as Korey Wise is nothing short of UNBELIEVEABLE & OUTSANDING. This acting is emmy worthy without a question #WhenTheySeeUs pic.twitter.com/pKiIuNOaxa

He was put into counseling during the filming

If viewers are complaining that simply watching the film left them nauseous and angry, you can just imagine how emotionally taxing this project must have been to those who had to live and breath it every day.

As a precautionary measure, DuVernay and her team made it a point to provide counseling on set to help the actors cope with the soul crushing material.

“I haven’t healed yet. I’m still trying. It’s gonna take a long time,” Jharrel has confessed of the lingering feelings stirred up from the series. “Just knowing this story and having it in my head and now having it part of my soul and part of my heart, it’s going to continuously be my lesson, it’s going to be what I look up to as a beacon of faith and hope. But playing the part was by far one of the hardest things I’ve had to do.”

“In L.A. about two months ago I sat behind them in a small screening room, just us, when they watched it,” DuVernay said of Jerome and his cast mates. “There were tears and embraces. It was a cathartic experience. My hope is that people come to know, respect and acknowledge what they went through and that that helps them in their own journey.”

Jerome did such a good job embodying Korey Wise, he ultimately ended up being the only actor to play one of the Central Park Five for the entirety of the series. He says having the men who actually went through the ordeal on set helped him stay in character.

Episode 4 of When They See Us is heart shattering. Korey Wise’s story pains me. He wasn’t even on the list of suspects and just went along to support his friend. Then he ended up with the most difficult and devastating situation. How he survived it, I could never comprehend. pic.twitter.com/l92VbKBoSH

He goes on to admit that he finally felt like he was on the right track when Wise came up to him after filming a particularly difficult prison scene.

For the actor, that moment of approval is what allowed him to completely trust his instincts and deliver his powerful performance.

The work matters more to him than the fame

Given the high profile projects Jerome has already been in, it would be easy to think he’d be giddy about stardom and all the trappings of fame. But it turns out, that’s not why he does it.

“As I look for my next project, it doesn’t matter about the scale of it and who gets to see it, I just hope that there’s one person who sees it and can reach out to me and say, ‘Thank you for being this person,’” Jerome concludes. “Hopefully you’ll continue to see my career going in that direction because that’s where my heart is.”

Antron, Raymond, Yusef, Kevin, and Korey…it's their turn to shout. A glimpse at where the exonerated five are now. pic.twitter.com/39VSo6mpzR