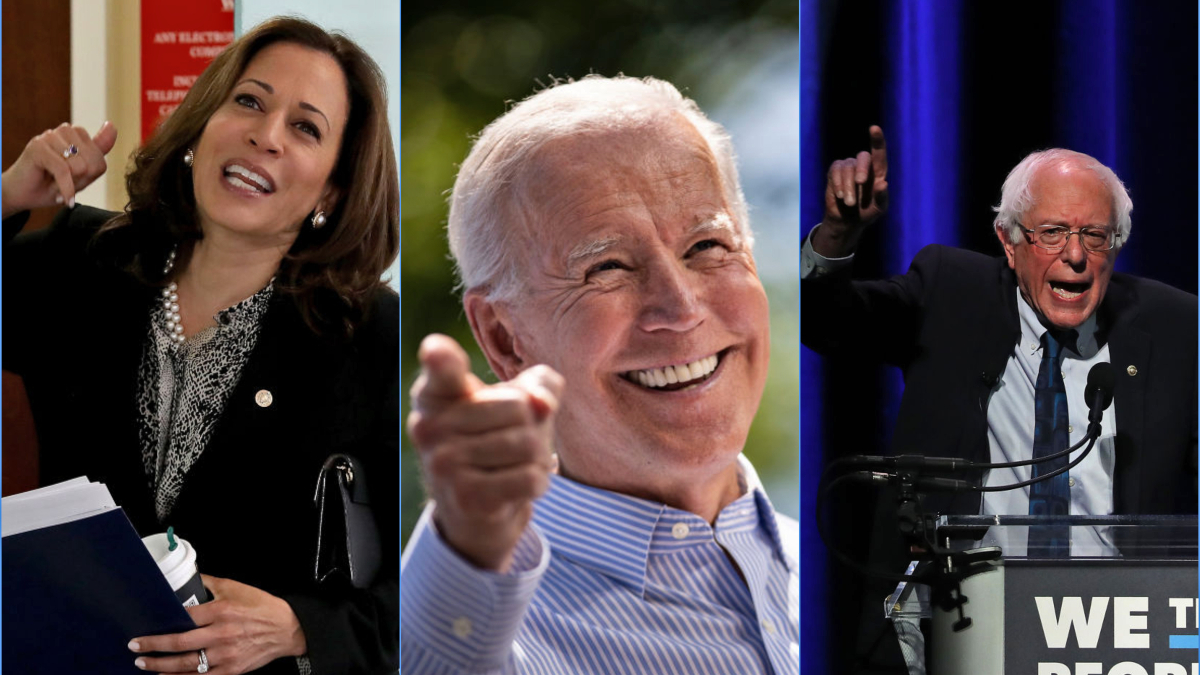 During the next two days, 20 of the 25 Democrats vying for the top spot of President of the United States will stand before America for the Democratic debates in their attempt to convince the country that he or she is the best person for the job. Except, for Black voters, particularly Black women, the stakes are sky high. It’s not just about who will be the best, but who will have the ability to unseat Donald Trump and make significant changes to the racist, anti-immigrant, Islamophobia, homophobic, and sexist air permeating throughout our country.

Before you get too comfortable with the first round of candidates on Wednesday night, Chief Content Officer of theGrio and EVP, Digital for Entertainment Studios Global Media, Amy DuBois Barnett, wants Black women to know about three notable candidates speaking on Thursday in the second part of her cautionary tale on asking the hard questions and finding out what’s it going to take to get rid of Trump once and for all.

There’s no dancing around the fact that former Vice President Joe Biden needs every Black woman to support and vote for him and it’s not going to be an easy feat. We all know about the latest kerfuffle where the 76-year old practically bragged about his ability to get along with segregationists in order to get things done during his career as a senator. His comments left a salty taste in many a Black person’s mouth and allowed some of his political rivals to use the opportunity as a way to question whether he’s genuinely an advocate for the Black community.

Biden hasn’t been able to escape his handling of the 1991 Supreme Court confirmation hearings for Clarence Thomas when law professor Anita Hill accused Thomas of sexual harassment. As head of the Senate Judiciary Committee, Biden failed to include corroborating witnesses and treated Hill harshly. There’s also the not-so-small matter of the 1994 Crime Bill that Biden pushed, which provided tens of billions of dollars for additional police on the street, built many new prisons and effectively helped create our current mass incarceration crisis.

READ MORE: Part One: The 2020 Democrats need to stop the pandering and get on message for Black voters

While he still must answer for this and propose ideas to rectify the past, there are of course a few things he has going for him. As Vice President under Barack Obama, he was heavily involved with the stimulus package that helped pull us out of the great recession, as well as passage of the Affordable Care Act (aka Obamacare), which allowed millions of Americans to gain insurance. He’s been an avid supporter of labor unions, a $15 minimum wage, and marriage equality all before working with Obama and authored the Violence Against Women Act when he was a senator.

Yes, ‘Uncle Joe’ has had his share of accomplishments and served under our first Black President, but there’s a lot he’s got to clarify and fix. So far, his answers haven’t been up to par, and neither has his outreach to us.

While Senator Bernie Sanders supports many of the same issues as a few of the other candidates, Sanders has been a staunch advocate for worker’s rights, tuition-free college, Medicare-for-All, Wall Street reform, LGBTQIA+ rights, combatting climate change and more. He’s been to the left of left for a long time, including of course during the 2016 election. His platform has garnered an entire movement – mostly comprised of young progressives. The trouble is he still has a so-so relationship with the Black community.

It’s no secret that Black people didn’t support Bernie in large numbers in 2016. A significant reason why is simply because he didn’t do enough to court our vote and speak to us. As a politician who has spent a large portion of his career addressing economic inequality, Sanders has no excuse and should have done more to take on racial disparities and the intersection of it all.

While Sanders has made it a point to hire more people of color to his campaign, I can’t help but think it’s too little, too late.

Perhaps nobody who can shut ‘em down with questions quite like Senator Kamala Harris can. Her exceptional prosecutorial skills are often on display during Senate hearings and when those in the hot seat are testifying. Unfortunately, her track record as a prosecutor and as attorney general in the state of California is also why many of us are having a difficult time fully supporting her. Locking up more Black folks and not supporting certain criminal justice reform policies gives me some pause.

It’s true that Harris has an incredible platform for the 2020 campaign. She signed on as a co-sponsor of the Green New Deal, supports marijuana legalization, co-sponsored Bernie Sanders’ Medicare for All bill, has a plan to give teachers an average pay increase of $13,500, advocates for a middle-class tax cut and more. While these are all commendable agenda items, she still needs to fully explain her past record for many voters out here, especially voters of color.

READ MORE: Kamala Harris pressed to get more personal about why she’s running for president

Posing questions like ‘is she Black enough’ are stupid. That’s not the issue. What is, however, is asking her how she dedicated a significant portion of her career towards locking up Black and Brown people?  What did she learn, and what would she do differently if given the chance?

Take a look at Part One of this series: “The 2020 Democrats need to stop the pandering and get on message for Black voters” where I give you my thoughts on New Jersey Sen. Cory Booker, former Texas Rep. Beto O’Rourke, and Massachusetts Sen. Elizabeth Warren.

Amy DuBois Barnett is the Chief Content Officer of theGrio and EVP, Digital for Entertainment Studios Global Media, one of the largest independent producers and distributors of film and television.