The LGBTQ advocacy group announced that Alphonso David, a civil rights attorney will lead the group and promises to place a focus on the needs of communities of color 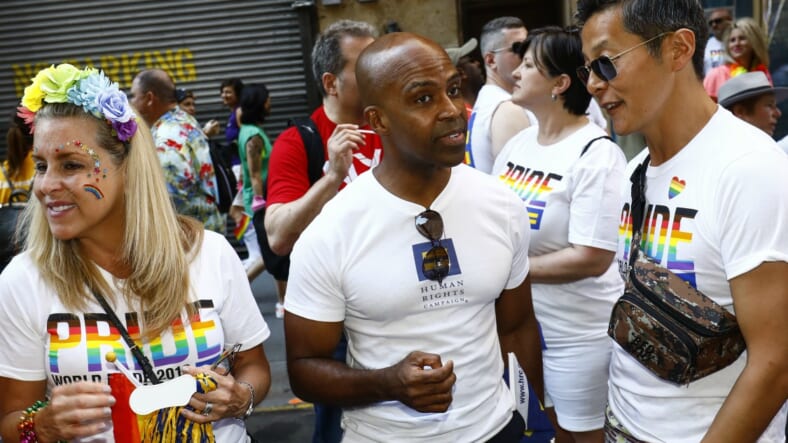 With the completion of the 50th anniversary of the Stonewall riot the Human Rights Campaign, the nation’s largest LGBTQ advocacy group has announced the hiring of its first Black president in its 40-year history.

According to The Advocate, civil rights lawyer Alphonso David will become the organization’s seventh president, replacing Chad Griffin, who has served in the position since 2012.

READ MORE: Save a life! Here are three solid ways to support the Black LGBTQ+ community beyond PRIDE month

“If we want to win full equality, that’s going to require us to come together, to dig deep, to be resilient, to embrace our differences, to tenaciously defend the most vulnerable among us, to fight with every ounce of determination we have,” he said in a video released by HRC. “I promise you this, I will fight for each and every one of us. All I ask is that you join me, that you join the Human Rights Campaign in our fight for true equality. In unity, we will fight back and we will win.”

Of the $45.6 million, annual revenue that the HRC generates, it has often been accused of focusing much of prioritizing the needs and concerns of gay white men. Many are hoping that this new leadership signals that the HRC will finally return to the roots of the movement and serve the communities of color that so desperately need their support and resources.

“Alphonso has devoted his career to expanding the civil rights of LGBTQ people across New York State and the nation,” HRC Foundation Board Chair Deb Taft said in a press release. “At a time when LGBTQ people, women, people of color, immigrants and refugees, and so many others are being confronted with daily attacks on our most basic rights, Alphonso is the fierce, compassionate, and strategic leader HRC and our broader movement for equality needs.”