Research shows that sexual harassment is not only about control, but power dynamics when it comes to nonwhite women 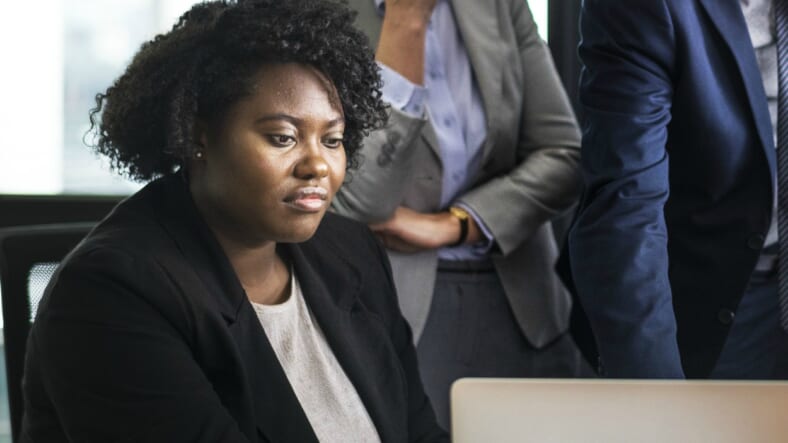 A new study says that Black women call out and report instances of sexual harassment at work more than white women do.

The creators of the research say that sexual harassment in the office has taken a focus on women of color, who can be viewed as less powerful than white women, but are more inclined to file sexual harassment complaints.

“It seems as though men have gotten more careful about who they’re harassing, and have been targeting women of color,” said the study’s co-author, Dan Cassino of Fairleigh Dickinson University. Yasemin Besen-Cassino of Montclair State University also co-authored the study.

The study was published in the journal Gender, Work and Organization, and it examined data from the Equal Employment Opportunity Commission.

“In 1997, the first year that the United States federal EEOC began releasing detailed data on reported complaints of sexual harassment in the workplace, it logged 16,000 such reports,” the researchers wrote. “In 2017, the most recent year for which data is available, that figure had fallen to 9,600—a decline of more than 40 percent over 20 years.”

“The likelihood that an individual white woman would report sexual harassment to the Equal Employment Opportunity Commission dropped by more than 70 percent between 1996 and 2016,” the researchers reported. “The rate for African-American women dropped by only 38 percent.

Cassino and Besen-Cassino believe their research has shown that sexual harassment is about dominance and trying to control the victim, particularly when it comes to nonwhite women.

READ MORE: Is sexual harassment different from the perspective of black women?

“Sexual harassment in the workplace is an expression of power—a way for men to assert their dominance,” they conclude. “The shift from sexual harassment of white women to African-American women indicates that harassers are conscious of power relationships, and choose to target more vulnerable women in their workplaces.”