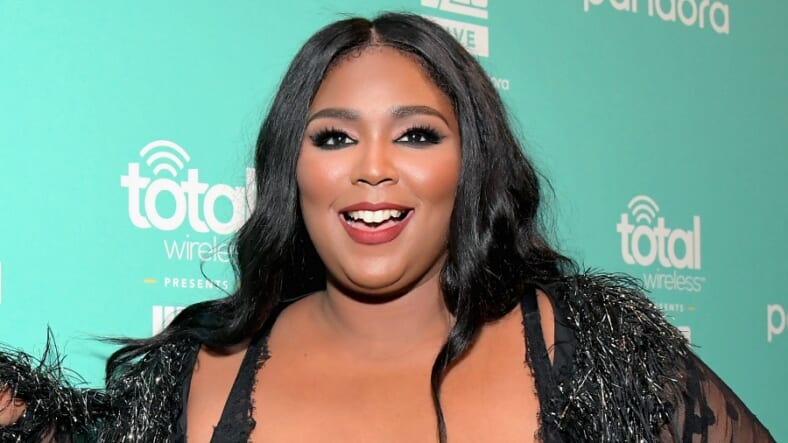 The internet has been an in uproar since the July 3rd announcement that Halle Bailey will play Ariel in Disney’s upcoming live-action reimagining of The Little Mermaid.

Bailey, half of the sister duo Chloe x Halle, will be the first Black woman to portray a princess in one of the studio’s live-action films, making her only the second Black princess in Disney’s 95-year history – the first being Tiana of the 2009 animated film The Princess and the Frog.

A Facebook group called “Christian’s Against the Little Mermaid (Boycott Halle Bailey)” was even able to reach over 50,000 members before going viral and being taken down.

But here at theGrio not only do we love the new casting choice for Ariel, we even came up with four other Black celebrities we strongly feel Disney may want to consider for the already widely debated remake.

If you think Terry Crews would be a great choice to play Ariel’s father King Triton – apparently he agrees!

The 50 year old is so excited about the prospect, on Saturday, he unofficially applied for the role by posting a fun composite of himself as the heavily muscled Poseidon-like ruler.

“Ariel’s Dad!!!” he wrote in the caption, adding in another tweet: “Good thing I skip leg day because mermen don’t have legs!”

Last November, well before all this controversy, music’s new it-girl Lizzo also made a video of herself dressed as Ursula, performing a section of Poor Little Souls.

Back then the body positive singer was already aware that the remake was in the works, and capitalized on her social media popularity be releasing the clip to her followers along with the captioned, “I’M URSULA. PERIOD. @Disney.”

After news broke of Melissa McCarthy being in talks for the part, the body positive entertainer reacted with a crying emoji. However, her fans have started a petition asking Disney to reconsider passing on their fave.

“In the most self-aware statement that anyone has ever made, Lizzo has gone on record to say that Ursula would be her dream role,” reads the petition, which has already tripled its 1000 signature goal.

“Lizzo is a big grrrrl with the rising star power and the sheer vocal ability that make her the perfect Ursula casting decision. Truth Hurts, and Disney seriously needs to rethink this casting.”

Before you roll your eyes, think about it, who better to play our favorite animated West Indian crab Sebastian than veteran rapper Shaggy?

In the film series Sebastian is from the Caribbean island of Jamaica, and is a servant of King Triton. Given our current political climate, rather than have a white person potentially do something problematic in the rendition, wouldn’t it just be easier to get an actual Jamaican entertainer who already has musical chops?

Turns out we aren’t the only one who think this as one loyal fan pointed out, “Shaggy would sing ‘Under the Sea’ and ‘Kiss The Girl’ really good. Can we make this happen?”

Shaggy would sing Under the Sea and Kiss The Girl really good. Can we make this happen? @DiRealShaggy #Shaggy #Sebastian #TheLittleMermaid #TheLittleMermaidLiveAction pic.twitter.com/dszhDWLDuG

Every Disney princess deserves an affirming prince, and for this one we think Queen Sugar hearthrob, Kofi Siriboe would be the perfect person to play a chocolate dipped Prince Eric.

The Los Angeles native appeals to women of all ages, did a stellar job playing Jada Pinkett’s boy-toy love interest in 2017’s Girl’s Trip and has publicly expressed his admiration for Black women on so many occasions it’s clear he’d have no problem showing Ariel the respect she deserves.

He’d also be able to ward off her racist haters when the movie actually premieres.

In fact, after a series of white woman fans came after the actor for always praising Black women in his tweets, he very clearly explained to everyone, “Yes, it’s a very conscious and deliberate effort. I shouldn’t have to think twice when it comes to uplifting my black women. The same way no other race thinks twice when it comes to celebrating theirs.”

If that doesn’t sound a prince we’re not sure what does.