REVIEW: The highs and lows of Disney’s latest masterpiece ‘The Lion King’ 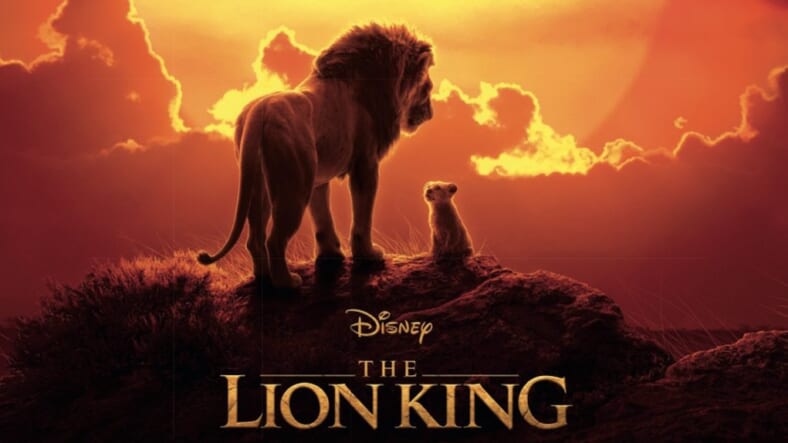 The 2019 “live-action” remake of the 1994 original beloved animated classic has an upgraded look, but left theGrio’s Entertainment Director thinking this might be too good to be true. (Disney)

I was still trying to decide how I felt about The Lion King the morning after I saw it, as I waited for the press conference to begin. Learning that it was influenced not only by the original movie, but also by the stage play explained this version’s darker, more sinister pack of hyenas; the more authoritative Shenzi, and a deeply resentful Scar; damaged not only by his jealousy of Mufasa’s title, but of his mate, Sarabi.

We also see a much more prominent presence from the females of the pack. Nala is clearly the pride’s true savior, setting Simba’s redemption into motion more precisely and dramatically than the cartoon version depicts.

Black Hollywood makes a big, bold statement at the world premiere of ‘The Lion King’

Much like in modern society, the females of the pack are the quiet, unrecognized force behind the males who get all the glory.

Sarabi enacts her power by maintaining her pride, despite repeated attempts from Scar to concede to his advances. She knows that her refusal to stand by his side is a silent protest, and he knows she holds the key to the success of his reign.

Hearing director, Jon Favreau explain how he approached remaking the beloved film that stole so many heart 25 years ago illuminated much about the remake. He basically built it like a video game.

To be clear, the film is masterful. When it comes to visual effects, CGI, and all the other elements that allowed its creators to depict animals so realistically, the results are astounding. In a way, those groundbreaking fetes worthy of all the praise they will receive are what ultimately led to the low points. The stunning visuals that make the film soar are also responsible for where it falls short.

This version of The Lion King is not as fun as I hoped it would be. The characters were too life-like to speak. The only clue they weren’t actual breathing beings was the fact that their lips mouthed the dialogue. For me, a Homeward Bound/ Look Who’s Talking approach (with viewers hearing their thoughts instead of seeing them speak) would have been easier to swallow.

The same goes for the big musical moments. One of the things I was most looking forward to was seeing how Disney would have these incredibly realistic animals recreate the magic of numbers like “I Just Can’t Wait To Be King” and “Be Prepared” but to my dismay, they didn’t. Instead, their interpretations came off as a bit subdued, lacking some of the iconic excitement ever-present in the original. How could anyone expect a real-looking lion to convey the same facial expressions as a cartoon? How will the animals dance and emote? They don’t.

Same goes for Rafiki. As a kid, he was one of my favorite characters because he was silly and jovial, bouncing around the trees and poking fun at Simba as he educated him about his past. In this version, he’s a much more somber character, losing a bit of the charm that made me love him long ago.

That’s not to say John Kani wasn’t exquisite in his portrayal of the all-knowing, Shaman figure. He was.

All of the voice characters are incredible, but many of them have a lot less lines than they do in the original, which left me wanting more of nearly everyone.

Baby Simba is the cutest thing ever. Adorable doesn’t cover it. The grown up version— not so much.

This Simba is a bit more complex, brooding, detached from his past than the cartoon version conveys. To that end, he was a little less of a sympathetic character this time around, only highlighting how much he needed Nala to fuel his comeback. There was nothing especially remarkable about Simba’s character and that may very well have been intentional on the part of Donald Glover. In a way, he played second fiddle to Nala in his adult form, further demonstrating that she is the true hero of this story.

That brings me to Beyonce. What a perfect casting choice she was. Who else could strike the balance of fierceness required to make Nala stand out without a struggle? Only Queen Bey. “Can You Feel The Love Tonight” was one of my favorite moments of this version and it’s one of the musical updates that worked best for me.

Timon and Pumba were not my faves. While many will likely applaud Seth Rogen and Billy Eichner‘s performances, (they truly made these characters their own)- they were just too ugly for me to fall in love with. Puma wasn’t even pleasantly plump; he looked like a very fit pig and something about that was off-putting, less lovable. I missed Timon’s original accent (a la Nathan Lane) and I never quite managed to stop comparing the flair of the animated versions to the scrawny replacements, despite their innovative portrayals.

The end result for me was this— the film is a triumph for sure. Jon Favreau raised the bar he set with The Jungle Book in 2016, inspired by the ever-evolving versions of video games, VR experiences, and technological advances that allow today’s entertainment to feel so real. I happen to prefer old video games to the new, finding myself dizzy any time I regretfully watch my nephews building worlds on the big screen. I don’t like the new stuff. I get why it’s amazing, but I’ll take Super Mario Bros. 3 over Fortnite any day. That doesn’t make me appreciate the genius required to create these awe-inspiring experiences any less, I just don’t particularly enjoy them.

If I hadn’t been so mesmerized by the original that I knew every line, I may not have spent so much of my time comparing this version to the original, but I was and I did. I know this story like the back of my hand, so after the awe of the special effects wore off, after I stopped wondering how they managed to create such a reliastic Serengeti, my interest waned and I got a little bored. That likely diminished my ability to see past what this film wasn’t.

It wasn’t the original and it wasn’t for me. It wasn’t supposed to be. It’s for the young ones. It’s for the cinefiles. It will invite a whole new generation into a story that’s just as powerful and important as it was 25 years ago, and it will engage them by speaking their language visually. It will push the limits of where we can go and what we can do in film, and it will inspire a new legion of Lion King lovers around the world.