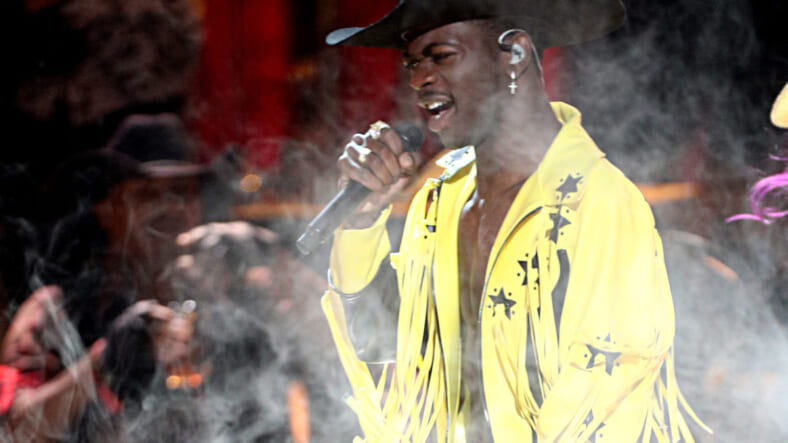 Lil Nas X is riding his horse down that old town road and all the way to the bank.

The rapper’s viral hit song “Old Town Road” is the little chartbusting summer hit that remains at the number one spot on Billboard’s Hot 100 chart for the 15th week, The NY Daily News reports.

Back in March, Billboard said the song “does not embrace enough elements of today’s country music.”

“He was flat-out discriminated against when the song had a these country overtones, but it continues to be one of the strong, infectious songs of our time,” Chuck Creekmur, co-founder and CEO of allhiphop.com, told the Daily News on Monday.

“I find myself humming it all the time without hearing it.”

After much backlash with folks questioning if the song was truly taken down because it was a Black artist artfully mixing country and rap and carving out his own path, the single re-emerged on the chart with help from Billy Ray Cyrus spitting a few bars.

By its 13th week, Old Town Road had made history with its longevity on the chart longer than any other hip-hop record ever.

And when the Atlanta rapper came out as gay a few weeks during pride month, his song continued to surge.

Now that the song has hit it’s 15th week on Billboard, Lil Nas X has another notch on his belt beating out Mark Ronson and Bruno Mars (2015’s “Uptown Funk!”), Elton John (1997’s “Candle In The Wind”) and Whitney Houston (1992’s “I’ll Always Love You”) which all stood firm a lot the list for 14 consecutive weeks.

In one more week, if Old Town Road keeps riding high, it will beat out Mariah Carey and Boyz II Men’s 1995 hit “One Sweet Day” and 2017’s “Despacito” by Luis Fonsi & Daddy Yankee featuring Justin Bieber and it will be a first in the chart’s 61-year history.