Jerry Foxhoven was apparently inspired by the late MC, but that may have led to his firing. Still that hasn't stopped leagues of Tupac fans from embracing him 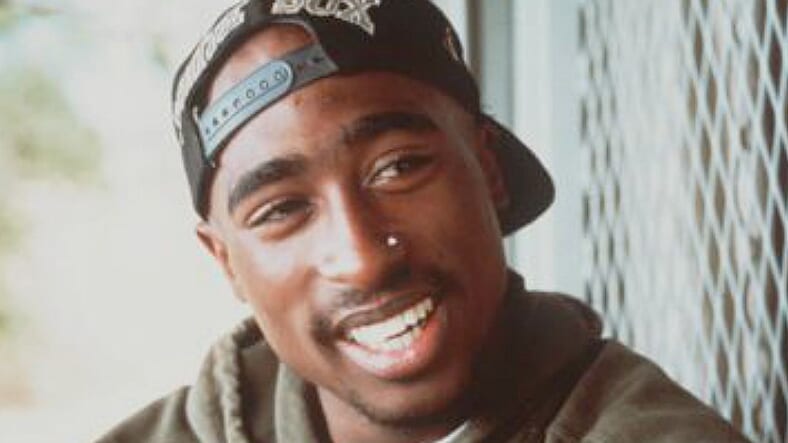 An Iowa social services director with an affinity for late rapper Tupac Shakur, who lost his job after emails surfaced showing that he regularly used the MC’s lyrics in messages to coworkers, has gained a legion of fans on social media in the aftermath.

According to emails obtained by the Associated Press, Jerry Foxhoven was pressured to resign by his employers at the Iowa Department of Human Services after he sent them to 4,300 agency employees that contained lyrics from the hip-hop legend.

The 66-year-old not only informed everyone that he was a die hard fan of the entertainer but also hosted weekly “Tupac Fridays” where he would play his music in the office. He would even trade lyrics with employees and last year celebrated his 65th birthday with Tupac-themed cookies, which were decorated with the words “Thug life,” according to the AP.

The 350 leaked emails showed Foxhoven regularly sent messages to coworkers about Shakur’s music and lyrics even after someone complained to lawmakers about his behavior. On Valentine’s Day he used the rapper’s lyrics about love to inspire colleagues, during both years of his employment he marked the anniversary of Shakur’s 1996 death and in one instance he even suggested his organization use a picture of the hip-hop legend to “improve the agency’s culture.”

While some found Foxhaven’s approach and his use of quotes like, “It’s time for us as a people to start makin’ some changes,” likely inspired by his 1998 posthumous hit “Changes,” both refreshing and comical in their stressful work environment, others were deeply offended and spoke up against his practices.

The final straw was went he sent an agency-wide email encouraging employees to celebrate Shakur’s birthday over the weekend by listening to one of his songs. After that message went out, on June 17th, which was his very next work day, Gov. Kim Reynolds told Foxhoven to resign.

Pat Garrett, a spokesman for the governor, denied the governor’s decision to abruptly request Foxhaven’s resignation was the result of the Tupac emails.

“As the governor has said, a lot of factors contributed to the resignation of Jerry Foxhoven and now Gov. Reynolds is looking forward to taking DHS in a new direction,” said Garrett.

For his part, Foxhaven remains as defiant as Makaveli himself, tweeting a favorite quote:

Of course, Twitter being what it is, has love for people who love Tupac who has become bigger than life in the nearly 23 years since his death, with a new generation of fans, many of whom were not even born at the height of his career, embracing his music.

What the fuck?! Jerry isn't allowed to be a Tupac fan? https://t.co/hkJQyXp5JF

You might’ve just been too cool for Iowa. I hope your phone blows up with amazing job offers. ❤️#Tupac #JerryFoxhoven

Just thinking about how one of Tupac’s biggest fans was a 66-year-old Director of Iowa’s Department of Human Services. Jerry Foxhoven is henceforth our brother from another mother. Amen. ??? pic.twitter.com/nmng8kLbVe