The two have had a contentious relationship, but the accidental gaffe fueled the frustration between the two officials 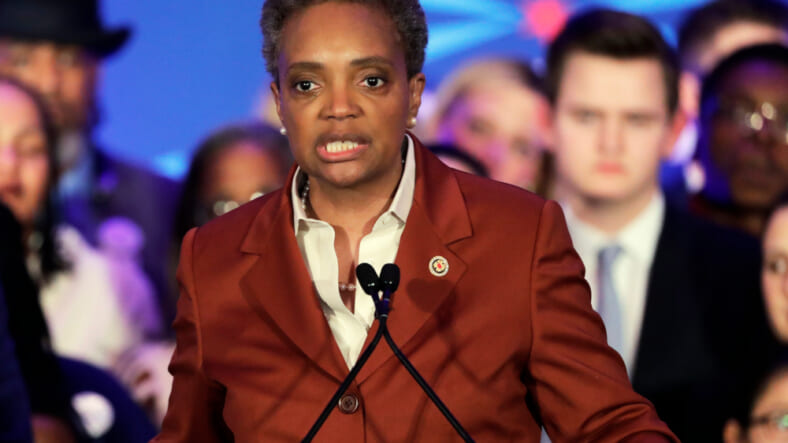 Recently elected Chicago Mayor Lori Lightfoot is enduring her first controversial and embarrassing moment after she was heard on a hot microphone insulting Patrick Murray, the second vice-president of the Chicago’s Fraternal Order of Police union.

As Murray spoke, Lightfoot’s voice was picked up referring to him as “this FOP clown.” Critics say the moment could be detrimental to her efforts to negotiate a new police contract.

According to the Chicago Sun-Times, Lightfoot’s comment was capture before a City Council meeting. Murray was on hand to speak for the four Chicago Police officers who were fired by the Police Board for their roles in covering for another former officer Jason Van Dyke. Van Dyke was convicted for the second-degree murder of Laquan McDonald.

The belief of Murray was the officers were unfairly fired as “nobody worked together to form a conspiracy.”

The “FOP clown” comment was made from Lightfoot to Mark Flessner, her corporation counsel. Mayor Lightfoot was made aware that it was heard on a live stream of the city council meeting and owned up to the comment in a post-meeting press conference.

“It was not appropriate for me to say that out loud,” Lightfoot said.

Lightfoot also believes the statement is enough for an apology for it being heard publicly, but not sorry of the sentiment of the statement.

“I’m sorry that I said it out loud,” Lightfoot said.

Murray and Lightfoot have a history of unsavory interactions. At the June 12 city council meeting, Murray accused Lightfoot of excluding the police union from conversations of public safety and police reunion. Lightfoot’s response was swift. “Any time you’re willing to move forward on reform and not block every single issue and criticize and say, ‘No,’ my door is open.”

She added no one had taken her up on her offer.