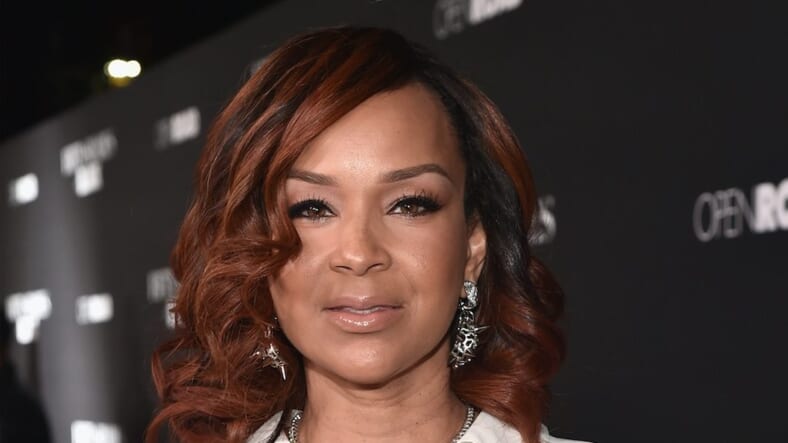 LisaRaye McCoy is not taking the high road nor is she letting bygones be bygones. She blasted Nicole Murphy for not only getting caught kissing married Antoine Fuqua but also for sleeping with her ex-husband and damaging her marriage to Turks and Caicos politician Michael Misick.

On Wednesday, TMZ caught up with McCoy who had a few choice words for Murphy who is in the midst of a nasty scandal after pics surfaced of her kissing Fuqua who has been married for more than 20 years to Waiting to Exhale actress Lela Rochon.

Murphy’s been trying desperately to douse the flames of this dumpster fire, but it’s not going so well. First, she defended the photos saying it was “friendly” and then when several more scandalous pics hit the net, she backtracked and apologized for getting caught on candid camera.

McCoy, however, is not letting Murphy off the hook so easily for her indiscretion.

The Players Club actress contends that Murphy hooked up with her husband too. McCoy was married to Misick from 2006 to 2008.

When asked directly if Murphy did the same thing to her, McCoy flatly said, “That’s true. Absolutely true.”

She then spilled the beans about her ex and Murphy’s dirty deeds.

“She messed around with my husband,” she admits.

“Here’s the thing, we’ve all done something that we regret. We’ve all made mistakes and we have to learn from that, but when you start doing it and being messy enough to start doing it amongst family… how does a family kiss turn into a I’m sorry apology? Like, what do you mean? You didn’t know that she was married? We all know that she was married. That’s 20 years. That’s history,” she said.

If you missed it, Murphy and Fuqua got themselves embroiled in jaw-dropping controversy after it was revealed that the Training Day director was still allegedly “happily” married to Lela Rochon while getting hot and heavy in Italy with Murphy.

There were several questionable pictures that surfaced of the two canoodling poolside nearly naked with Murphy in a skimpy bathing suit and Fuqua with a towel around his midsection. The kisses looked like they were an epilogue to something else that might have occurred the night before. But we digress.

Initially, the stunning 51-year-old issued a statement claiming, “Antoine and I are just family friends. I ran into him in Italy and we exchanged a friendly hello and that was it.”

But nobody was buying it.

She later changed her statement admitting:

“It was not my intention to be in this situation. I do not condone women kissing or interacting in anyway inappropriately with a married man. I too was once married and I would never intentionally undermine another woman, despite what has been written.”

In response to McCoy’s explosive revelation, Murphy denied the cheating claims saying: “It’s not true. She’s [LisaRaye’s] been saying that for years. There’s no truth to that.”

What even more sad about this whole ordeal is that McCoy reported that Rochon is pretty broke up about it.

“It’s hard because I know she’s sad and messed up about this and embarrassed about this.”

When the scandal first broke McCoy ended up in the comment section of the The Shade Room to comment saying, “Gurl @nikimurphy you went after @iamlelarochon husband too?…smh So wrong….again!!!”

That led many to believe that this was Murphy’s m.o., to chase and sleep around with married men. When asked if she thought Murphy was a homewrecker, McCoy responded:

“I don’t know if she’s a homewrecker or not. But I know what she’s doing to people’s homes is wrecking it.”

Sources have also reportedly told TMZ that Murphy feels blindsided by the backlash because she only kissed Fuqua – who’s been married to actress Lela Rochon since 1999 – because she was informed that the couple had divorced and he was free to see other people.

Sources also say that Murphy is devastated about being painted as the other woman, feels terrible about hurting anyone, and hopes people can forgive her for her mistake.

The Training Day director and his wife have two children and were last photographed in a public together in February of 2019. Despite the mounting speculations, they have yet to make any formal announcements or clarifications about the current status of their marriage.