The 'Black Panther' star's mother lives with the affliction, so he gathered his A-list friends to raise money and get the word out about the gripping disease 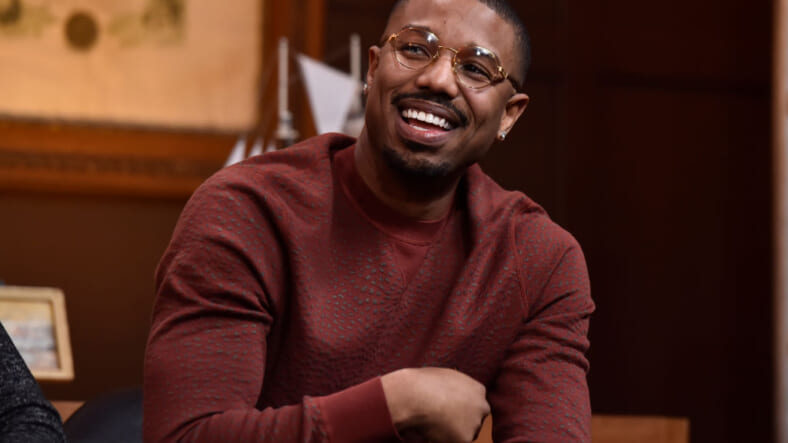 (Photo by David Becker/Getty Images for The Blackhouse Foundation)

Michael B. Jordan, may have played one of the most memorable villains on screen when he donned the Killmonger costume in Black Panther, but he’s also a superhero at heart.

The proof is in his pause to celebrate a cause like lupus, which is close to his heart. His mother, Donna suffers from the progressive disease and Jordan’s been her biggest cheerleader, championing for the cause and a cure, holding his annual MBJam fundraiser to raise money and awareness about the disease.

Jordan, 32, who held his third annual MBJam fundraiser at Dave & Buster’s in Hollywood on Saturday, was joined by his celebrity friends who lent their support like actor Nick Cannon and singer Toni Braxton, both who suffer from Lupus. He made it a fun-filled affair, adding a happy touch by holding the event at the arcade.

“When you’re able to mix the easy stuff and the fun stuff with the serious stuff and the real life situations of people who suffer from this disease, I think people are able to see that information better than being told,” he told The Hollywood Reporter.

Jordan, who also starred in the latest Rocky sequel, Creed II last year, also partnered with Lupus LA to get the word out about the disease which effects nearly 1.5 million people. His fundraiser helps support research. Cannon, who hosted the event, has suffered with the disease for the past seven years and spoke about how he endured misdiagnoses along the way and how Braxton helped him.

READ MORE: ‘I don’t really know what dating is’: Why Michael B. Jordan claims he is single

“Someone was there who understood what I was beginning to go through…someone who had been on that journey of lupus and who knew about the ups and downs,” he said of Braxton.

Jordan and Cannon have worked together to build a community and foster and understanding about the disease, which Jordan said is pivotal in order to make an impact.

“It’s a collective group, it’s a group effort,” he explained. “If I have an army of people that’s able to get that word out there, then I think we’ll start seeing more progress.”