Standing with House Speaker Nancy Pelosi, the Minnesota congresswoman targeted the president who had sent insulting messages to her and her colleagues weeks earlier 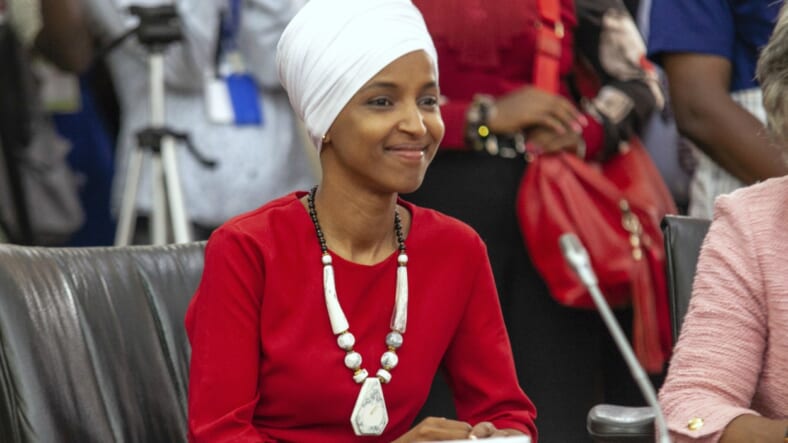 Weeks after President Trump suggested four congresswomen of color should go back to where they came from, one of them is trolling the president from the African continent.

U.S. Rep. Ilhan Omar, a native of Somalia, has been tweeting photos from her trip with House Speaker Nancy Pelosi, and trolling the president in general since his lightning-rod comments about herself and three other first-term congresswomen.

The Minnesota representative tweeted two photos of herself and Pelosi from the “Door of No Return” at Elmina Castle in Ghana, typically the last that captured slaves would see of their native country before being shipped abroad.

They said “send her back” but Speaker @SpeakerPelosi didn’t just make arrangements to send me back, she went back with me ✊?

So grateful for the honor to return to Mother Africa with the @TheBlackCaucus and commemorate The Year of Return! #Doorofreturn #Ghana pic.twitter.com/0yVBLcAEs5

The “Year of Return” reference is related to the marking of the 400-year anniversary of the first Africans being brought to Colonial America during the Transatlantic slave trade.

But Omar, who is a naturalized citizen and Muslim-American, didn’t just stop with that comment.

She retweeted a tweet from Newsweek that said President Trump’s approval rating is lower than that of she and the three other congresswomen of color — Ayanna Pressley of Boston, Rashida Tlaib of metro Detroit and Alexandria Ocasio-Cortez of New York City — that he suggested “go back” to where they came from.

Sending our condolences to the President! ? https://t.co/ZMHGbkqJwa

Of the four congresswomen that Trump targeted during a rally during at which his supporters chanted, “send her back,” Omar is the only one not born in the United States. She became a naturalized citizen at age 17 after years spent fleeing Somalia, which was torn by civil war at the time.

READ MORE: Rep. Ilhan Omar says death threats against her have increased since President Trump tweeted about her