Be clear, Toni Morrison LITERALLY shaped and transformed the way we see the Black American experience

A tribute to the Nobel Prize–winning novelist who died this week. 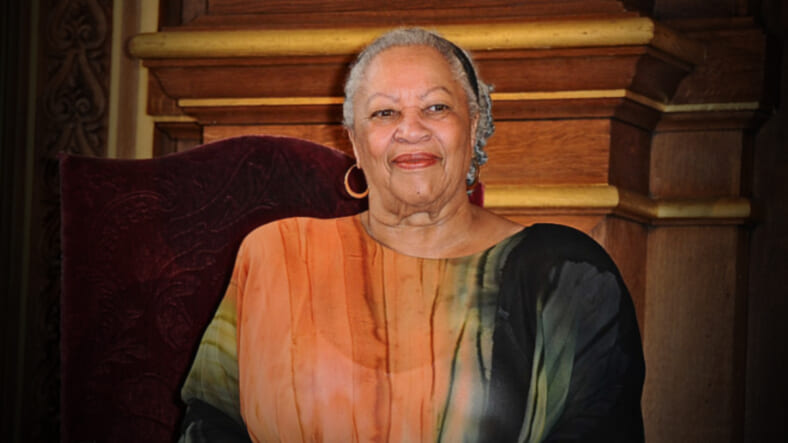 US Author and Nobel Prize in literature winner Toni Morrison receives the Honor Medal of The City of Paris (Grand Vermeil) at Mairie de Paris on November 4, 2010 in Paris, France. (Photo by Francois Durand/Getty Images)

On my last day of vacation, as I prepared to plug back into my daily grind after a week of self-care, the news broke that Toni Morrison had passed away. Instead of attending to the pile of laundry at the foot of my bed or running the dozen or so last minute errands on my list, I slid to the floor and cried.

Death has been no stranger to me over the past year, and yet this reaction still stunned me. ”

You’ve never met her, Blue. This is ridiculous. Get a grip!

This is the line I I told myself with very little success until ultimately just giving myself permission to be feel this loss without judgement. Shortly thereafter, a glance at my social media timelines quickly confirmed that I wasn’t the only person experiencing the same visceral reaction to the news.

There is a select group of people in this world who serve as beacons for the rest of us—formidable lighthouses of inspiration whose mere existence reminds us that there is an otherworldly level of self-mastery and wonderment that perhaps we too can achieve. This can only happen if we keep pushing to be our best selves.

For Black people around the world and particularly those in this country, Toni Morrison was one of those beacons. To that point, I honestly can’t think of any (reasonable) writer (fiction or otherwise) or creative over the age of 30 who did not find her simply awe-inspiring.

Toni Morrison was a national treasure, as good a storyteller, as captivating, in person as she was on the page. Her writing was a beautiful, meaningful challenge to our conscience and our moral imagination. What a gift to breathe the same air as her, if only for a while. pic.twitter.com/JG7Jgu4p9t

Her words had a pulse and a heartbeat. Her ability to both examine and expand the way we see the Black American experience was nothing short of sorcery. Not to be funny but, I’m convinced that had she been born during a different time in history, she might have been labeled a witch. Any Morrison fan whose ever read one of her books from cover to cover knows exactly what I’m talking about. Some of her passages can literally make your feel lightheaded and left with your head spinning as if she casted a spell on you to pull you into whatever head space or heart space she sees fit.

In fact, when I was just getting started in my own career, I found myself in a writer’s group with a friend whose work was so good, it made me want to throw away all my notebooks of short stories and find a new profession altogether. The first time this ridiculously good writer read some of her work to me, I didn’t even realize I was holding my breath until she finished.

Without thinking, I blurted out, “Oh my god! You write like Toni Morrison!”

My friend was so stunned by the compliment, you would have thought I’d just told her she’d sprouted wings because in our community Morrison was — and probably always will be — the gold standard by which we judge how effectively and beautifully any of us is capable of expressing ourselves. 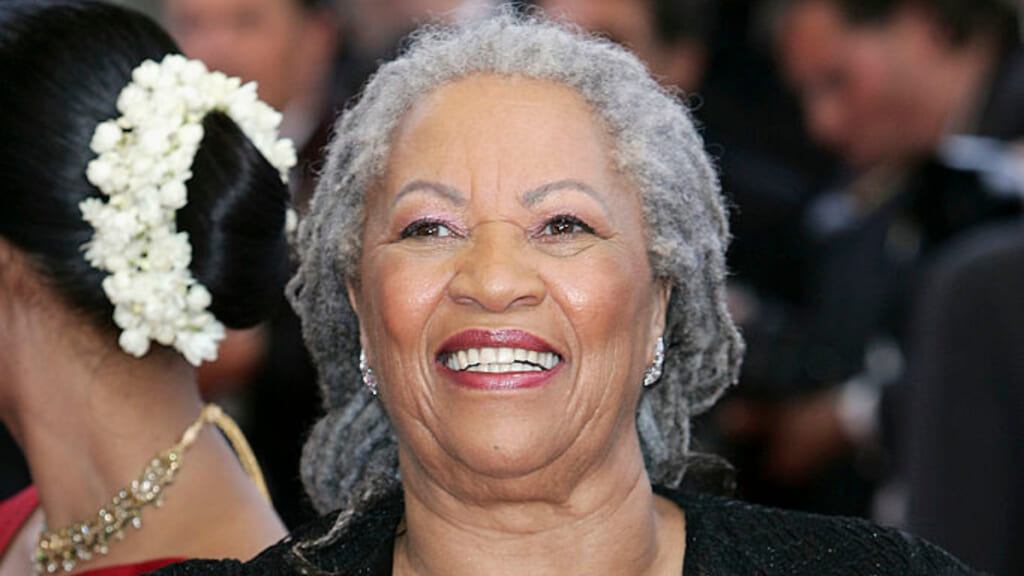 Toni Morrison attended the premiere for the film “Lemming” at Le Palais de Festival on the opening night of the 58th International Cannes Film Festival May 11, 2005 in Cannes, France. (Photo by MJ Kim/Getty Images)

What makes her truly a legend, is that her talent wasn’t even the most interesting things about her. Her unwavering love for herself and her people is what left the greatest mark on many of us. A love some of us may never have felt otherwise.

“In case you were unaware, she’s been our ride-or-die since day one.”

Back in 1970 when her first novel, The Bluest Eye, was published, Morrison was also working as an editor for a scholastic imprint of Random House. As the first Black, female editor there, she made it her singular mission to address the the lazy and haphazard way publishing houses mishandled Black books. From their sloppy editing to the sheer lack of publicity, she peeped the glaring inequities in treatment and used whatever bit of power she had to fight for Black creatives to get a real chance of making it into bookshelves across the country.

Morrison also vehemently pushed back against the practice of centering “Black history” around whiteness and instead felt that we needed to see ourselves through the stories of Black people as told by actual Black people.

READ MORE: Oprah Winfrey reacts to the passing of Toni Morrison: ‘There is no greater writer’

One of my favorite interviews with Toni Morrison. The interviewer asked her when she was going to “substantially” write about white people. Her response? “You can’t understand how powerfully racist that question is, can you?” pic.twitter.com/WFhNMgx7xv

Up until the day she passed away, the Pulitzer Prize winner never lost her zeal for championing other writers and creatives whenever possible. From Chinua Achebe and Angela Davis to even the likes of Muhammad Ali, many writers, whose works may otherwise been ignored, can personally thank for an opportunity to be taken seriously.

Long before “respectability politics” was a social justice buzzword, she knew better than to paint us as perpetual victims or robotically stoic stereotypical creatures. Instead, she gave us permission to be messy, flawed, and hurt HUMAN beings.

In her book of lectures called, Playing in the Dark: Whiteness and the Literary Imagination, Morrison even gave a scathing critique of white people, who up until that point had felt overly qualified to create caricatures of Blackness, and at the same time, cemented her role as an artist, a teacher and most of all, a prolific cultural critic.

“I read books. I teach books. I write books. I think about books. It’s one job,” she explained to the New Yorker back in 2003, about her belief that artists, teachers and critics should always be one in the same.

For decades Morrison challenged audiences to not only expand their views on Blackness but also re-examine the way they relate to themselves. Since her death, her essays and interviews have resurfaced in droves reminding us of painful truths that are relevant now more than ever before.

As if ALL that wasn’t enough, in the midst of all that social consciousness and literary excellence, perhaps the greatest lesson that I’ve personally learned from watching Toni Morrison’s example is that loving yourself fiercely is a birthright, not a luxury.

Can we talk about love for a moment… particularly when I look at the women in your novels, at the extraordinary things they do, for love.

'I think they believed, as I do… we are here, and we have to do something nurturing before we go, we must.' Toni Morrison. pic.twitter.com/aVsazYyOGL

Back in the day, it was unheard of for Black women to be openly confident and self-assured about the space they take up in the world. Yet, those who personally knew Morrison often speak fondly of her unwavering sense of purpose and worth that only enhanced her almost mythical persona.

“The very first time I had her on the ‘Oprah’ show, she said to me, ‘I’ve always known I was gallant.’ I was like, ‘Who the hell knows they’re gallant?’” Oprah Winfrey told reporters of her friend on Tuesday evening during the premiere of OWN’s original series “David Makes Man” in Los Angeles.

The media mogul also reminisced about the first time the Nobel Prize-winning author made an appearance on “The Oprah Winfrey Show.”

That tender moment and stunning observation not only became infamous, but also sums up Morrison’s legacy. When you love yourself, (and those around you) enough to light up and be fully present, life itself becomes a piece of art worth capturing.

And that’s exactly what she did, she turned our every day lives, into breathtaking art, and is now leaving behind a legion of fans who feel compelled to make her proud and do the same.