Oprah Winfrey reacts to the passing of Toni Morrison: ‘There is no greater writer’ 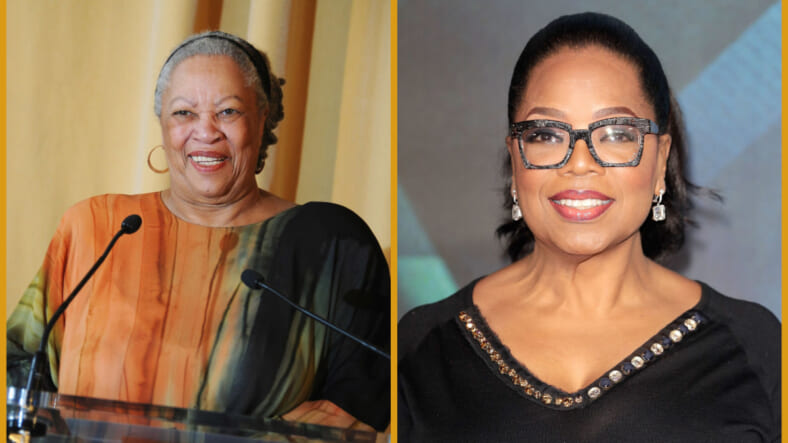 Speaking about Toni Morrison's legacy, Oprah Winfrey told a group of reporters today (including theGrio) that in her view "there is no greater writer." (Getty Images)

Celebrities, politicians and fellow writers across the globe have taken to social media on Tuesday to express their heartfelt condolences regarding the passing of Nobel laureate and Pulitzer Prize-winning author, Toni Morrison.

The news, however, clearly has severely impacted one person in particular who had a special relationship with Morrison.

Oprah Winfrey, who admitted to Variety that she knew that Morrison’s passing was imminent and thought she would be prepared for it, now realizes that when the moment comes, it’s actually worst that one can image.

In a roundtable interview on Tuesday, theGrio (along with other media outlets) spoke to Winfrey about Morrison’s legacy and impact.

“I think that what she represented for me is this idea that where we come from and everything that came before us lives in each of us in such a way that we have a responsible to carry it forward,” said Winfrey.

“I remember in one of my first conversation with her. I don’t remember what the question was but she said, ‘I’ve always known I was galant.’ Her assuredness about the way she could tell stories and her ability to use the language to affect us all is what I loved about her.”

The 88-year old Morrison was always a voracious reader and even spent a number of years sharing that passion and love of words and books at the collegiate level as a professor of writing and literature at Howard University, Yale University, and Princeton University.

Her impact on African American culture and unique expression of the Black experience in her novels has solidified her as a literary legend.

“She changed the experience of reading for me, it was more than about reading, it was about understanding the deep origins of wounds that have affected the African American culture for years and being able to give meaning to those wounds through her language,” Winfrey told  Variety.

Those of us who have had the honor and pleasure of reading Morrison’s 1987 novel, Beloved, may have also witnessed the film by the same name. Winfrey, who both starred in and produced the film, is responsible for bringing the adaptation of Beloved to life in 1998. The novel won the Pulitzer Prize for Fiction in 1988 and was a National Book Award finalist in 1987.

The story centers on a Margaret Garner, who has escaped slavery in Kentucky and settles in the free state of Ohio.

READ MORE: New Documentary, “Toni Morrison: The Pieces I Am” set to be released soon

You can also see Winfrey in Toni Morrison: The Pieces I Am, the new documentary on Morrison’s life which focuses on the legendary author’s career, highly acclaimed novels, and personal life, OprahMag reports.

In the beginning was the Word. Toni Morrison took the word and turned it into a Song…of Solomon, of Sula, Beloved, Mercy, Paradise Love, and more. She was our conscience. Our seer. Our truth-teller. She was a magician with language, who understood the Power of words. She used them to roil us, to wake us, to educate us and help us grapple with our deepest wounds and try to comprehend them. It is exhilarating and life-enhancing every time I read and share her work. This pic was her first appearance on the Oprah Show. She was Empress-Supreme among writers. Long may her WORDS reign!