Death by cop is a rising cause of expiry among American men, a new study says, and Black men are two-thirds more likely than white men to meet that fate 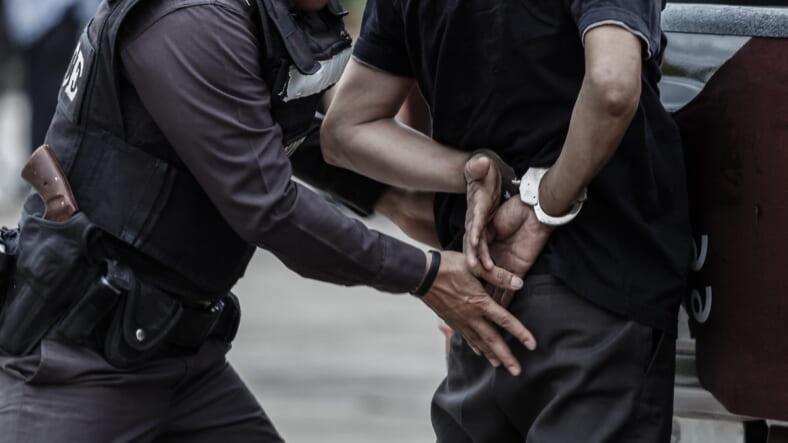 According to a new study on life expectancy and mortality within the nation, researchers found that excessive force by police officers, which end fatally, is now the sixth-highest cause of death for males between the ages of 25-29.

According to USA Today, the study, conducted by researchers at Rutgers University-Newark, also found that Black men are two-and-a-half times more likely than white men to be fatally injured by law officers over the course of their life. It also revealed that African-American women, American Indian/Alaska native men and women, and Latino men also face noticeably greater risks of dying at the hands of police.

READ MORE: Galveston activist demands the firing of two police officers who led a Black man on a leash

Statistics for the study were pulled from the National Vital Statistic System’s mortality files and by Fatal Encounters, a journalist-run database documenting police-involved deaths, as reported by public records and news coverage. According to the research, death by way of excessive force used by law enforcement led in the top six cases for causes of death for men between the ages of 20-35, falling only behind cancer, heart disease, homicide, suicide, and accidents (including drug overdoses, traffic accidents, and other accidental deaths) – in descending order.

To help remedy the problem, the study recommends that more social welfare and public health programs be created, as well as more adequate funding of community-based services. In incidents where police killings have resulted, researchers advise a possible restriction on the use of armed officers as first responders in such situations.

In a Rutgers university press release cited by USA Today, Frank Edwards, an assistant professor at the university’s School of Criminal Justice, who also lead the study, stated “What we lack in this country are the solid estimates of police related deaths because there is no official database where this information is stored.”