WATCH: The cast of ’47 Meters Down: Uncaged’ explains why this is the type of thriller you don’t want to miss 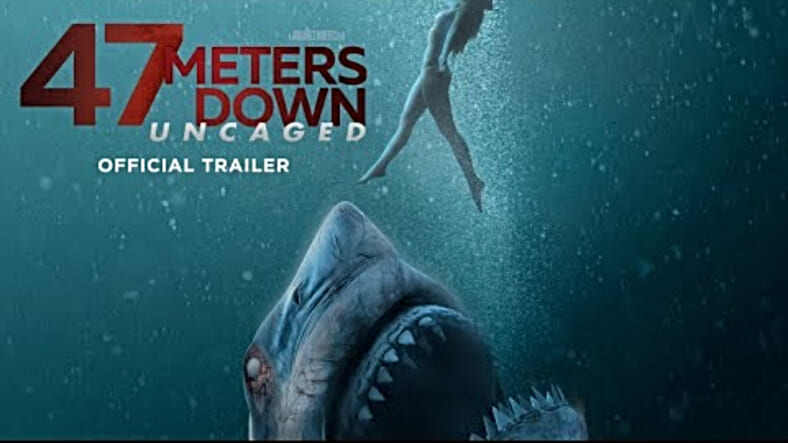 Scary films featuring strong Black characters are having their moment, and if you’re a fan of thrillers, Entertainment Studios’ latest offering, 47 Meters Down: Uncaged is a must see that is sure to get your blood pumping.

In the sequel to 2017’s hit 47 METERS DOWN, four teenage girls (Corinne Foxx, Sistine Stallone, Sophie Nélisse, and Brianne Tju) decide to go on an adventure and explore a submerged Mayan City. Once inside, their excitement turns into blood curdling terror when they realize that the sunken ruins are actually a hunting ground for deadly Great White Sharks.

The stakes get even higher when their air supply begins to steadily dwindle, and that’s when the friends muster up the courage to navigate the underwater maze of menacing caves and cloudy, eerie tunnels and ultimately try to fight their way out of this underwater captivity.

“I think the movie is about sisterhood and friendship,” explains Foxx, who may look familiar to audiences. She is in fact the oldest daughter of Hollywood vet, Jaimie Foxx. “You see these girls go something that’s so terrible and horrible, but we make it through.”

READ MORE: Shark Week is here early with ’47 Meters Down’

To her point, this story carries on the grand tradition of watching man vs. nature or in this case, humans versus sharks, but gone are the days when women are doomed to play damsels in distress. Instead, this sequel takes a fresh approach that will have audiences cheering on these young women who we see transform from panicked tourists to empowered female protagonists.

The movie hits theaters on August 16, but stay tuned for more from theGrio as we sat down to talk to the cast about what it was really like shooting the thriller in the deep, chilling waters.