In an emotional interview, the Netflix show star talks about how she's reconciled her own self image while being a supporter of body positivity 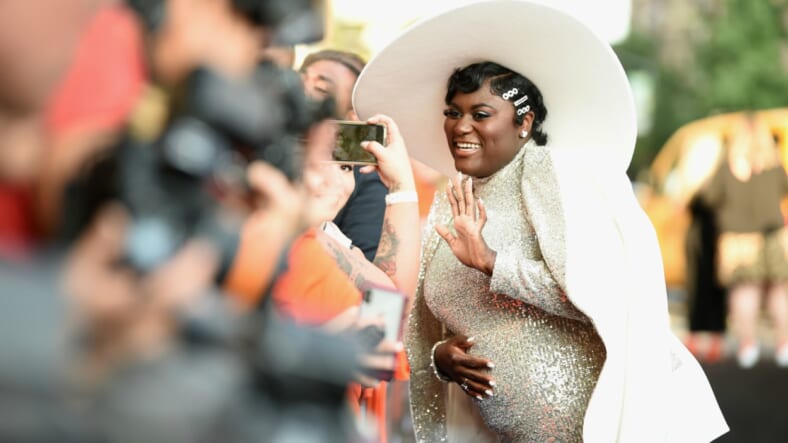 Danielle Brooks make be seen as an unflappable body positivity advocate, but while opening up about what appearing on the cover of Shape magazine means to her, the actress couldn’t help but get emotional.

While talking to Shape, the Orange is the New Black starlet revealed that moments like these in her career are particularly affirming because they give her a chance to prove all the bullies she’s encountered in her life wrong.

“This is a big deal because I feel like the universe, the way the world works, it has built these invisible bullets to bully us in telling us who we’re supposed to be and what we’re supposed to look like,” said Brooks, 29, who is expecting a child.

“I’ve always had this desire to prove people wrong. To say, this body that I’m in is enough,” she added.

She also shared what prompted her to start speaking out so publicly about her relationship with her body.

“I began to realize the impact of my voice when the first season of Orange Is the New Black dropped. I started to see girls use my red-carpet looks as inspiration for their prom dresses. I began to see my interview quotes on social media. I realized that I could be what I wished for as a young girl, for someone else,” she explains.

Thank you @Shape_Magazine for making this dream become a reality. #COVERGIRL pic.twitter.com/wXKSKUdell

“I wanted someone in the industry, who I felt was a reflection of me, to scream from the mountaintops, ‘I love my body! I can accomplish whatever I want in the exact body God created me to be in!’ As I met people along the way, I began to understand the importance of not shying away from being an advocate for body positivity, but running toward it full throttle.”

Brooks also touched on what it feels like being pregnant with her first child.

“Now that I am about to be a mother, it means even more to make sure that this human being that I’m going to bring in to the world knows that they are enough when they’re hit with all these bullets coming at them,” she said while tears streamed down her face. You can see the touching clip below.