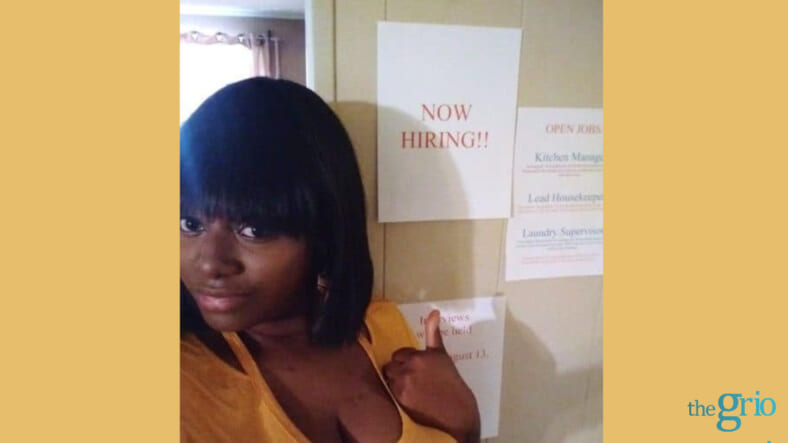 A Georgia mom is teaching her three kids about the value of employment and its association to income after she hosted a “job fair” at her home last week.

Shaketha Marion McGregor, 30, surprised her kids when they came home on Aug. 13 by posting help-wanted ads on her walls for positions such as kitchen manager, lead housekeeper and laundry supervisor under her company, This Mom Means Business, Inc, according to Yahoo.

McGregor shared her innovative idea on Facebook and it has since gone viral with 126,000 views. She decided to create the job fair because her kids, Jahkeem, 13, Takeia, 10, and Serinity, 6, were constantly asked for money to get the latest, new cell phones and participate activities in and out of school.

McGregor, who is a single mom, believes that making her children apply for jobs to complete their chores could be a good way to show them how to work for what they want while also teaching them lessons they will likely use in the future.

“If you want it, work for it, earn it!” McGregor wrote online. “And yes, I also have an in-home credit union.”

Along with a series of photos, the mom details that her children had to apply and interview for the positions in order to get an allowance. Jahkeem and Serinity both applied for lead housekeeper, while Takeia applied for laundry supervisor.

McGregor notes that her kids weren’t taking the process as serious as they should at first, apparently having fun with the request and laughing during their interviews.

“My 10-year-old thought that speaking with a slight British accent would help her,” McGregor said. ”Serinity surprised me the most. She was very professional. It seemed like she’s done this before.”

Ultimately, Serinity was hired as lead housekeeper over Jahkeem.

Many parents who saw McGregor’s post have revealed they are huge fans of this idea, which has inspired others to try it for themselves.

“You are an awesome mama! Those kids are lucky they have a mom who will raise them right with respect, love and laughter!” one Facebook user commented under her post.

McGregor, who currently works as a correctional officer, has personally experienced financial troubles in the past and said she wanted teach her kids how to be financially prepared for unexpected situations.

“You don’t have to wait until they’re 18 to learn about hiring, money management, and credit. It’s a great way to educate your children and have that quality family time together,” says McGregor.

We couldn’t agree more and support this sister in her mission to prepare her children for financial stability and greatness.