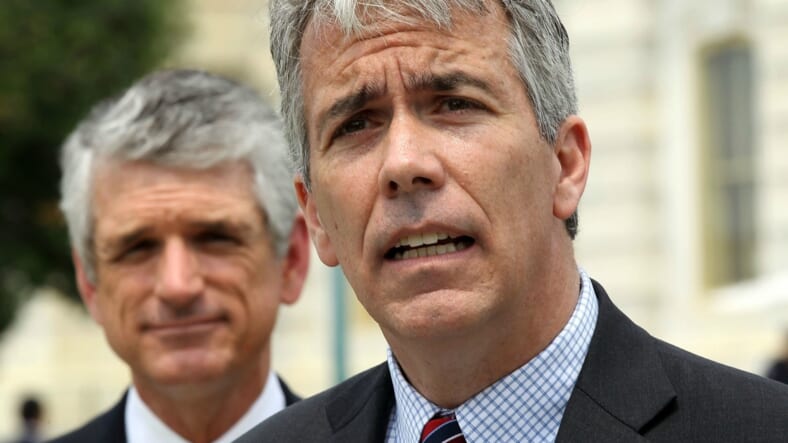 Last weekend former Illinois congressman Joe Walsh, announced he is taking on Donald Trump in the Republican primary, and now he is responding to claims that he is racist.

According to Mediaite, Walsh admitted to comments he has made in the past but also pushes back that he believes that most people harbor racial bias.

“Everything I’ve tweeted, I’ll own,” he explained to CNN’s John Berman claiming that he doesn’t consider himself any more racist than anyone else.

“I think we’re all a little bit racist,” Walsh opined. “We’ve all said racist things. I’ll bet if you and I went through everybody’s Twitter feed, we’re going to find things that are objectionable and offensive. I think we all have. I know when I look back at some of my Tweets over the years, because I was so outspoken, yeah, I’ve tweeted some racist things. On purpose? No.”

READ MORE: An irritated Trump snaps at Obama after statement about mass shootings

USA Today reports that in 2018 the presidential hopeful tweeted that he did not believe it was racist to call Haiti a “sh**hole.” Then he compared those comments to calling it racist to point out that crime in Chicago is “all black on black.”

“Those aren’t racist statements. They’re just facts,” he wrote in his post.

“I hardly agree with anything Trump said — look, Haiti is a shithole. You could describe it as other things, too,” Walsh said in a segment of a conversation that was tweeted on Monday by a Washington Post reporter.

“That’s a provocative tweet. Was it a little too provocative? Maybe,” he continued.

Walsh has been called out for claiming he is entering the race against Trump because he believes the president to be “unfit” and a “racial arsonist” although he has repeatedly made similar problematic statements himself.