Queen Latifah returns to the rap game for VMAs finale 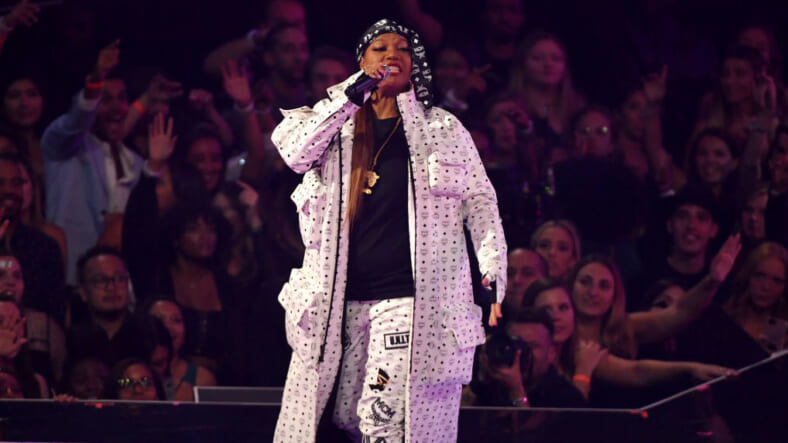 The 2019 MTV VMAs delivered tons of big moments and saved one of the night’s biggest surprises for last when Queen Latifah closed out the show with a return to her rap roots.

In celebration of this year’s location of New Jersey, the icon was joined by Naughty By Nature, Wyclef Jean, Fetty Wap, and Redman, who all hail from the Garden State. Each artist performed their most iconic single, “Trap Queen,” “O.P.P.,” “Hip Hop Hooray,” and “Gone Till November” before Queen Latifah delivered a rendition of her own beloved chart-topper “U.N.I.T.Y.”

While it was incredible to see Queen Latifah back behind the mic, it wasn’t the show’s only amazing moment.

Missy Elliott gave a career-spanning performance of her hits before receiving the Video Vanguard Award and several other Black women helped to make this year’s VMAs one of the best in recent memory.

Lizzo was on fire when she took the stage to perform “Truth Hurts” and “Good As Hell” and spread her message of body positivity far and wide:

H.E.R. was awe-inspiring when she hit the stage to debut a brand new song, “Anti.”
Check it out:

Normani had all the right moves during her performance of her latest single “Motivation.”

ICYMI, here it is: