Meghan Markle flies to NYC to support Serena Williams in U.S. Open Final, but with one change 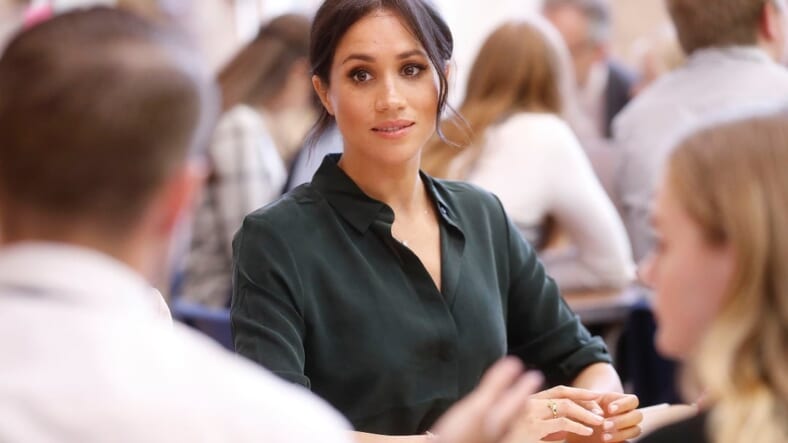 Meghan Markle, Duchess of Sussex, made her first public appearence at Trooping the Colour, a celebration of the Queen's official birthday. (Photo by Chris Jackson/Getty Images)

Just weeks after she was slammed for taking a private jet to the French Riviera surfaced, Megan Markle has caught a flight to the U.S to support her friend Serena Williams in the U.S. Open Final. But this time, she made sure to fly commercial.

Saturday, Williams is set to face off against Bianca Andreescu and attempt to secure a record-tying 24th Grand Slam singles title.

READ MORE: Environmentalists Meghan and Harry face ‘hypocrisy’ backlash over use of private jet, celebs come to their defense

“It is a last-minute trip,” a source told the The Times in London. “[She’s] excited to support her friend, and then come back.”

The Duchess of Sussex just came off of maternity leave and this trip without husband Prince Harry or their baby Archie Harrison, is her first known solo trip abroad since giving birth back in May. The last time the 38-year-old came back to the U.S was in February to attend her baby shower, which was co-hosted in New York by Williams and their friend Amal Clooney.

During that trip the British press tore into her for flying back stateside for what they believed to be a flashy and un-Royal like public spectacle. Recently, both Megan and Harry were called hypocrites for being such vocal environmental advocates, yet using a private jet to visit Elton John’s estate.

“It is estimated Prince Harry and Meghan generated an estimated seven times the emissions per person compared to a commercial flight,” one article read, with Trump supporter Piers Morgan jumping on social media to further call them out.

But John, who was an incredibly close friend of Harry’s mother, Princess Diana, quickly took to social media himself to clear the air and explain that the press had gotten it all wrong.

“After a hectic year continuing their hard work and dedication to charity, David and I wanted the young family to have a private holiday inside the safety and tranquility of our home. To maintain a high level of much-needed protection, we provided them with a private jet flight,” the singer explained at the time, also noting, “To support Prince Harry’s commitment to the environment, we ensured their flight was carbon neutral, by making the appropriate contribution to Carbon Footprint”