Environmentalists Meghan and Harry face ‘hypocrisy’ backlash over use of private jet, celebs come to their defense 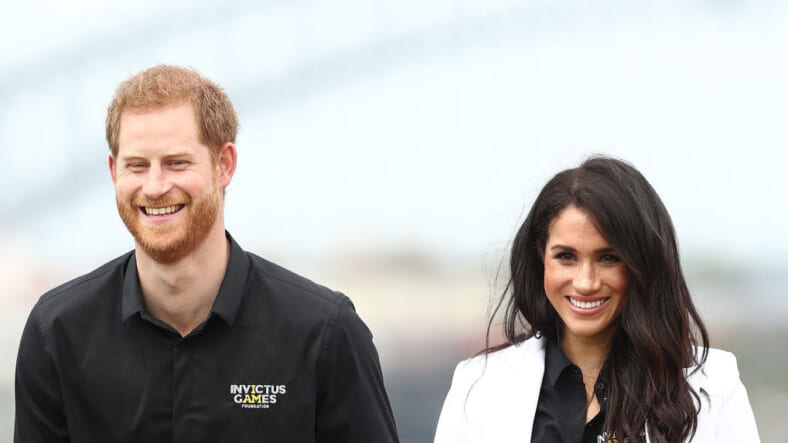 Are Meghan Markle and Prince Harry hypocrites? Well, apparently that’s what the British press would have us believe after they took a trip to see singer Elton John over the weekend.

Sunday The Daily Mail slammed the Duke and Duchess of Sussex after after pictures of them taking a private jet to the French Riviera surfaced. The couple is known for being very vocal environmental advocates, and therefore made headlines for their hypocritical use of such a fuel-wasting means of transportation.

“It is estimated Prince Harry and Meghan generated an estimated seven times the emissions per person compared to a commercial flight,” the article read, with Trump supporter Piers Morgan jumping on social media to further call them out.

Jeez… these two ‘eco-warriors’ are something else. Beyond parody. https://t.co/8KA5O9efRs

But John, who was an incredibly close friend of Harry’s mother, Princess Diana, quickly took to social media himself to clear the air and explain that the press had gotten it all wrong.

I am deeply distressed by today’s distorted and malicious account in the press surrounding the Duke and Duchess of Sussex’s private stay at my home in Nice last week. pic.twitter.com/WjVRDSMX0z

“Prince Harry’s Mother, Diana Princess Of Wales was one of my dearest friends. I feel a profound sense of obligation to protect Harry and his family from the unnecessary press intrusion that contributed to Diana’s untimely death,” he continued. “After a hectic year continuing their hard work and dedication to charity, David and I wanted the young family to have a private holiday inside the safety and tranquility of our home. To maintain a high level of much-needed protection, we provided them with a private jet flight.”

READ MORE: ‘They don’t make it easy’: Meghan Markle admits struggles with being in public eye

“Carbon neutral” is a term used to describe the process of calculating the amount of greenhouse gas a flight or action has emitted and then financially contributing the same amount to an environmental organization.

Singer Pink also came to the couple’s defense, tweeting, “I’m happy to see people coming to the defense of The Duke and Duchess of Sussex. The way people treat her is the most public form of bullying I have seen in a while. It’s out of control. Let’s all be a bit kinder, huh? Let’s show our children that it’s cool to be kind.”

Portia and I met Prince Harry and Meghan in England to talk about their work on wildlife conservation. They were the most down-to-earth, compassionate people. Imagine being attacked for everything you do, when all you’re trying to do is make the world better. pic.twitter.com/226pRO1fj1