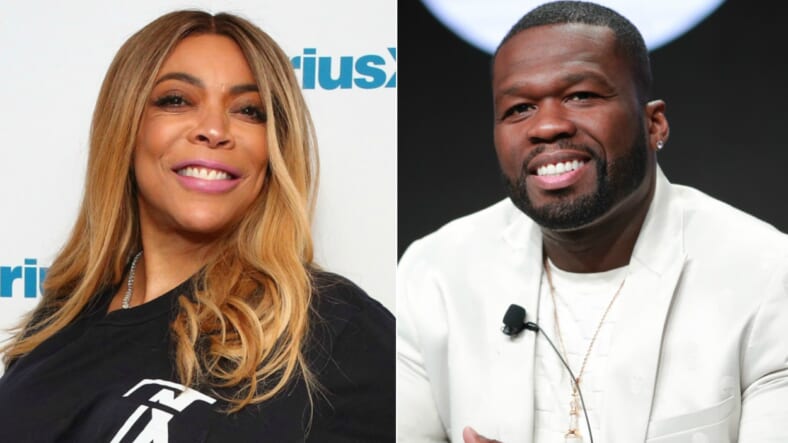 It looks some of the ice may have thawed in the frosty relationship between Wendy Williams and 50 Cent.

Appearing on the latest episode of his Watch What Happens Live With Andy Cohen, Williams shared her thoughts about 50 cent while playing a game with television host, Andy Cohen, during a game called “Plead the Fifth.”

Since the beef between the daytime diva and the Queens-bred rapper has been making headlines this year, Cohen decided to speak on the subject by asking Williams to say three nice things about the rapper and businessman.

“He’s not a bad looking man,” Williams said in the clip. “I respect his hustle, and I was one of the first people to ever play his music. Matter of fact, probably the first, on a cassette on the radio where I got suspended for two weeks without pay because I used to be a renegade like that.”

Williams continues to talk about how much of a rebel she was earlier in her career, because she used to play music that wasn’t part of the playlist at her job.

When Cohen learned this information, he followed up asking Williams whether it “p*ssed her off” that 50 Cent comes after her, she responds, “I understand him looking at the screen with a side-eye.

When 50 heard news about Wendy compliments, the shade king himself took to Instagram to share his thoughts, but in a way different than what was expected.  He wrote a comment that seemed to throw shade and a truce at the same time.

READ MORE: Wendy Williams breaks down about divorce and opens up about upcoming Lifetime biopic

?what is this, ok we gonna let you in TYCOON next time ?but you can’t just be coming to my party’s wit no invite???‍♂️#lecheminduroi #bransoncognac

Last month, 50 Cent did not allow the talk show host to enter his highly anticipated Tycoon party and of course he had to remind his fans about that in his comments.

Now since Williams said those kind words, it looks like 50 Cent might have a change a heart.