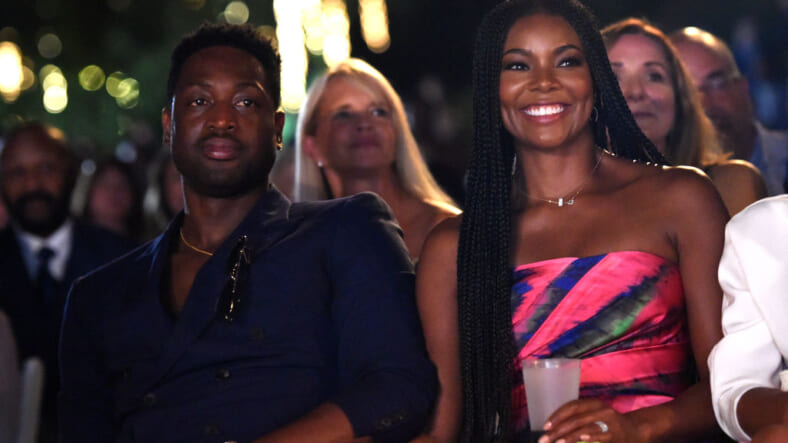 We’re not saying that Dwyane Wade is The Grinch Who Stole Christmas, but his kids might!

While many families bask in the joy of allowing their kids to think Santa Claus in sneaking in toys and gifts during Christmas, Gabrielle Union says her husband isn’t on board with allowing Santa to get props for giving out presents, according to PEOPLE.

Union, 46, interviewed talk-show host and new mom Tamron Hall for O, The Oprah Magazine and explained that Wade is all bah humbug about the Santa thing.

“I’ll say to my husband, ‘Let’s tell the kids their Christmas gifts are from Santa.’ And my husband is like, ‘There’s no way in hell I’m letting these kids think that old white man is sneaking into our house and doing anything for them,’” says the America’s Got Talent judge.

“Because he didn’t grow up believing in Santa Claus.”

Passing down family traditions can sometimes be a double-edged sword as seen with Union’s advocacy for her happy tradition while Wade is not with the little white lies.

“We have these conversations when it comes to raising our children about where to draw the line between fantasy and ‘Hey, that’s not how life works,’ ” she adds.

Hall who has only been a mom for four months to baby Moses, said she’s planning to have a layered conversation about this type of debate on her new show which premiered on Monday.

“Modern parenting is especially difficult for parents of color” because “we have to talk about not only ‘Are we gonna say Santa exists,’ but also ‘Is Santa Black?’” Hall said.