The profanity laced clap-back has more than 300,000 likes. 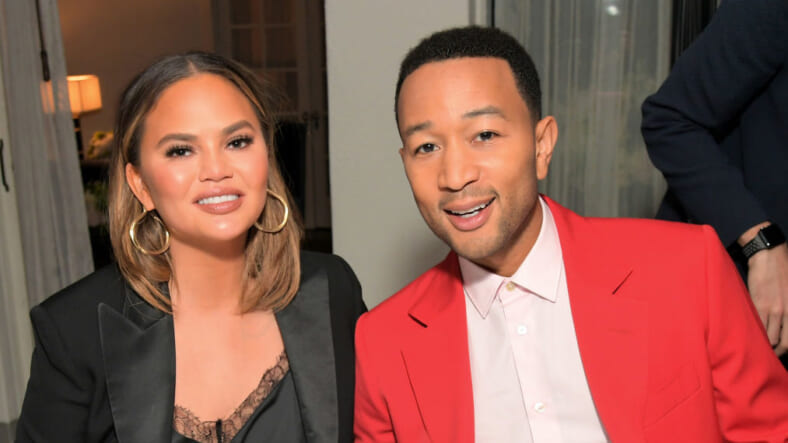 Don’t come for Chrissy Teigen unless she sends for you!

Perhaps that’s the lesson President Trump has learned after getting publicly called a “p*ssy” by Teigen on Twitter after the two got into a nasty verbal argument when he decided to take the petty approach of attacking two civilians over a TV report.

On Sunday, Teigen and Trump went back and forth over an NBC Nightly News interview featuring Teigen’s husband award-winning artist John Legend, who spoke at length about his pivotal role with advocating for criminal justice reform and his FreeAmerica organization.

The fact that Legend has boots on the ground trying to be the change he wants to see, didn’t sit well with Trump who took liberty to insult Teigen and Legend by saying he “and his filthy mouthed wife” were “taking the praise” for his administration’s work to help improve the criminal justice system, The NY Post reports.

Will somebody give him a bottle already?

Trump begins his rant: “When all of the people pushing so hard for Criminal Justice Reform were unable to come even close to getting it done, they came to me as a group and asked for my help,” Trump tweeted. “I got it done with a group of Senators & others who would never have gone for it. Obama couldn’t come close.”

“A man named @VanJones68, and many others, were profusely grateful (at that time!). I SIGNED IT INTO LAW, no one else did, & Republicans deserve much credit. But now that it is passed, people that had virtually nothing to do with it are taking the praise.”

Then Trump attacks Legend and Teigen:

“Guys like boring musician @johnlegend, and his filthy mouthed wife, are talking now about how great it is – but I didn’t see them around when we needed help getting it passed,” he wrote.

“‘Anchor’ @LesterHoltNBC doesn’t even bring up the subject of President Trump or the Republicans when talking about the importance or passage of Criminal Justice Reform. They only talk about the minor players, or people that had nothing to do with it.”

“lol what a p—y ass bitch. tagged everyone but me. An honor, mister president.”

lol what a pussy ass bitch. tagged everyone but me. an honor, mister president.

She later tweeted: “The absolute best part of his tweet is I literally didn’t speak in the special, nor was I mentioned.”

Trump’s Twitter attack didn’t work because Teigen’s obviously tickled that he is so bothered.