Christopher Edwards is speaking out for the first time after his ex-wife, Marsha Edwards, committed a murder/suicide that also claimed the life of his two children and rocked an Atlanta community. 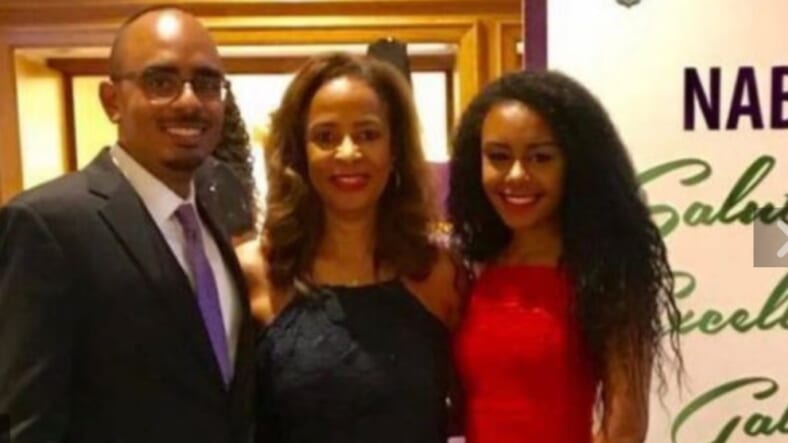 Christopher Edwards is speaking out for the first time after his ex-wife, Marsha Edwards, committed a murder/suicide that also claimed the life of his two adult children and rocked an affluent Atlanta community.

“The cards and prayers came from all over Georgia, not just Atlanta,” said Edwards chairman of the Atlanta Housing Authority board, on Tuesday, The AJC reports.

All eyes were on Edwards after he was left struggling to understand why his ex-wife Marsha Edwards fatally shot 24-year-old-year-old Christopher Jr. and 20-year-old Erin, before killing herself on Aug. 21.

He said the outpouring of love and cards, “…came in from the nation, and most recently, they have now been coming in from the world. You reached me, and I thank you so very much.”

The Edwards’ were an influential family in the Atlanta social circles. They were well-connected to Mayor Keisha Lance Bottoms and Christopher even worked as a digital content manager for the Atlanta Mayor’s Office of Film and Entertainment.

His sister Erin was student at Boston University, studying communications and had just completed a summer internship with NBC New York.

Marsha, earlier this year had earned the respect of her peers and was named by Women Works Media Group as Atlanta’s Most Powerful and Influential Women of 2019.

Marsha was also a surgical and medical equipment distributor. She was also an Atlanta socialite and involved in the Atlanta Chapter of Jack and Jill of America and the Camellia Rose Chapter of The Links.

Last month, police were called to Marsha’s home for a welfare check. There they found the 58-year-old’s body along with the deceased bodies of her children.

While Edwards didn’t allude to knowing what motive caused his ex to kill herself and their kids, he urged people to continue to do good and be of help to those in need.

Edwards also said that was the last time he would publicly comment on the matter.