Patti LaBelle wants a husband, optimistic that she’ll find the man of her dreams 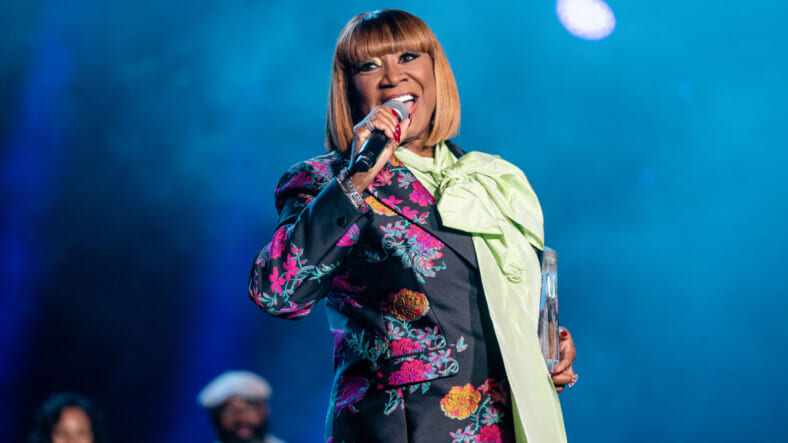 Much like Lady Marmalade who she sings about in one of her most memorable and catchy hits, Patti LaBelle wants a man.

The legendary singer and (Sweet Potato pie connoisseur) is ready to get her itchy gitchi yaya on and at 75 years young, LaBelle is still longing to get married again one day.

“I still have time to find a husband,” LaBelle tells The Post in an exclusive interview. “I don’t want a boyfriend. I want a husband.”

OK Miss Patti, Patti! Get your groove back then!

During an interview at the Zang Toi show during New York Fashion Week, LaBelle dished about her single status and how she’s handling men who try to holla’ at her.

“I have a wonderful life,” she admits. “My life is so good that a lot of men admire me and they try to look at me like that and I say, ‘Bye Felicia, Bye.’”

Miss Patti’s not playing when it comes to finding Mr. Right. In her mind, she’s already got her wedding dress already picked out too.

“When it happens, it will be a Zang [Toi] dress and he’ll wear a Zang [Toi] tux — whoever he is,” she said of the notable designer who has dressed the legendary singer for than 15 years.

Besides just living life, LaBelle has been busy working and recently appeared on in HBO’s Black Lady Sketch Show, singing up a storm in a hilarious skit.

“Never stop trying,” she said. “I’m 75 and it seems like the older I get, the better things that happen to me and the younger I feel.”