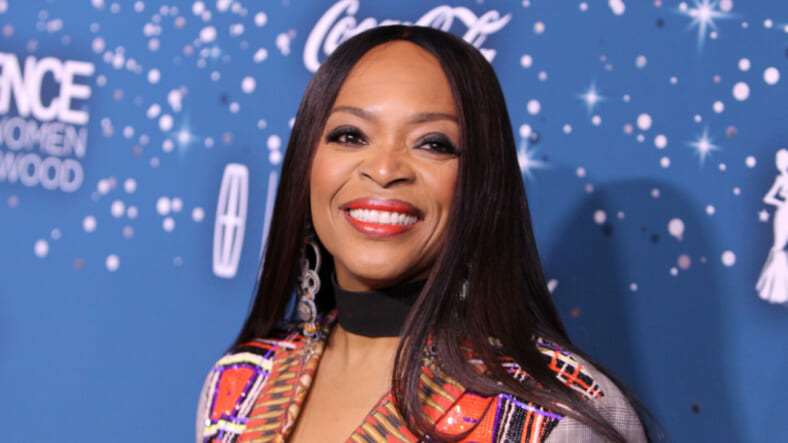 When actress Tina Lifford agreed to play the character Aunt Vi, she had no idea how many lives she would impact along the way.

For the past four seasons of Ava DuVernay’s award-winning OWN drama series “Queen Sugar,” Lifford’s character has given us a front row seat to what a vivacious, unapologetic and liberated seasoned woman on TV looks like— but it’s been Aunt Vi’s lupus diagnosis that has given her even more meaning and depth to Black women who watch the show.

One in 250 African-American women will be diagnosed with lupus, an autoimmune illness, which disproportionately affects the Black community. Celebrities like Toni Braxton and Nick Cannon, have helped bring awareness to the disease by being transparent about their struggles with it. For those who’ve lost their battle with the illness, such as 33-year-old “The Voice” singer Janice Freeman who died earlier this year, it’s a sobering reminder to put your health first, no matter what’s on your plate.

READ MORE: How Aunt Vi on ‘Queen Sugar’ gave me hope as a Black woman living with lupus

Self-care is message Lifford has promoted long before she became Aunt Vi in Queen Sugar, through a wellness campaign called Inner Fitness. She has a increased following on social media who look to her for guidance about being doing their best when it comes to their bodies and minds.

TheGrio spoke with Lifford turning Aunt Vi into an iconic role, the impact of her lupus storyline and how she came to the realization that wellness is non-negotiable.

theGrio: How has playing Aunt VI changed you? How has it affected you as a person?

Tina Lifford: Playing Aunt Vi has been a gift, and a gift in a very specific and important lane. The most important skill that any of us can cultivate in our lives is the ability to get back to hope as fast as possible and to cultivate it as much as possible in our lives. It is a strengthening thing.

Aunt Vi to come at this later part of my life. What she represents—not specifically the character but the experience—represents the audacity of hope. It underscores everything that I believe and I am advocating for when it comes to that broader conversation of inner fitness.

We absolutely must have dreams. They empower us. They strengthen us and then we must have experiences that confirm the power of dreaming. Aunt Vi is a testament, both as a character and as the position that role has in my life.

theGrio: Can you talk about the range of reactions you received when the character was diagnosed with Lupus?

Tina Lifford: What was warming to my heart and actually educational for me was the number of women who are living with lupus. And how much relief or a sense of empowerment… by their story being a part of this bigger story. Everyone wants to be seen and Lupus impacts African-American women at much greater—or women of color—at a much greater rate than White women. And it’s a disease that a lot of people know very little about.

theGrio: As you prepared for this character, what were some of the things that you did to understand the manifestations of the chronic illness and how to you represent that mentally and physically on camera?

Tina Lifford: It’s an interesting question. First, of course, Ava connected me with the Lupus Foundation and of course, then I began to read about the autoimmune disease and that was new for me. That was educational for me. I did not know anyone in my life who had lupus.

“Don’t think that your dreams are tied to your disease.”

Part of Vi’s journey is to be in that pain and not be able to show it, not want to show it. In fact, be committed to nobody being able to see it. It’s an added burden and Vi actually said—I think it is Season 2—’I’m a Black woman. Black women don’t have time to be sick. I can’t reveal that I’m sick.’

theGrio: How would you advise and encourage anyone who’s going through mourning, whether it’s because of physical illness or the end of a relationship or just change in their body?

Tina Lifford: You know so much of our pain is in how we hold a thing. I would ask anyone to challenge the beliefs that you’re holding around whatever it is you’re going through. Just because it’s on your plate does not mean it is the ruining of your life.

Just because you have lupus does not mean that you can’t go off and write, direct, and deliver a piece like “When They See Us.” Don’t think that your dreams are tied to your disease.

You as a human being are the center point of what you can do and will do in this life. Not your disease. When we empower ourselves, meaning our hearts, meaning we take charge of how we think and how we dare to think in spite of old conditioning, then we can take charge of our experience.

It can be greater than we can even imagine.

This interview has been edited and condensed for clarity.