Even Blue is not safe from Nova's pen. 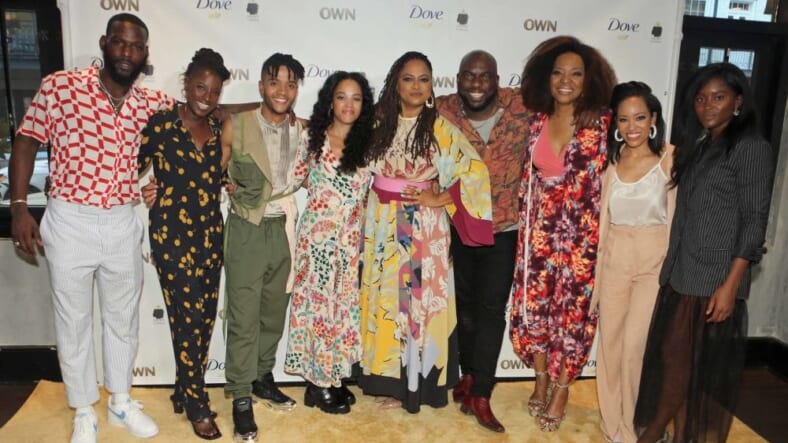 Earlier this month, Queen Sugar creator Ava DuVernay, explained to a group of reporters why Nova seems determined to expose every single secret in the Bordelon family this season.

Nobody is safe from Nova’s pen…except Nova. Secrets from her late father, her Aunt Vi, her siblings, even her sweet little nephew Blue were all exposed in a stinging tell-all about a Black family in a rural Louisiana town–Nova’s Black family.

Fans of the series are now in their fourth season with the Bordelon family and feel like a Bordelon themselves, which makes Nova’s seeming betrayal all the more perplexing and hurtful.

Duvernay and the cast from the show shed a little light on this season.


READ MORE: Daniel Kaluuya is on the run in ‘Queen & Slim’ trailer

THE POWER OF TRUTH

Rutina Wesley, who plays Nova Bordelon, talked about fan reactions to her character’s choices. “I like that people are engaging and hard conversations. People don’t see themselves unpacked in the ways that they are on the show, so it’s triggering for some of them. But I love it, it makes me laugh,” Wesley explained. “I love that Nova can cause a split in her fans like that. They love her, but they disagree with her a lot.  They can’t help but love who she is because her intention is good at the heart of it. She is trying to heal the community and trying to help. I’m eating popcorn at these comments.”


DuVernay, who freely admits that she and her family partly inspire the Queen Sugar characters, chimed in on the issue as well. “Nova knows that secrets kill us. If she is going about it the right way is to be debated. But the idea that we need to be free and untether ourselves from things we’re told can’t be discussed in a family is what the underpinning approach to the book is,” she said.

Tina Lifford plays the pie-making, Hollywood-loving Aunt Vi on Queen Sugar and she spoke about her character’s battle with Lupus, an autoimmune disease that disproportionately impacts Black women.

“Aunt Vi actually said in Season 3 that she could not let people know she’s sick, a Black woman can’t afford to be sick. I think that’s one of the many ways that the Queen Sugar conversation is impacting culture. It’s asking us to look at  or challenge these conclusions and beliefs that have been handed to us. That’s one of the exciting parts of Season 4. It’s really deconstructing the whole idea of secrecy and how our communities are imprisoned by our secrets,” said Lifford.

When journalist Corey Townsend from the Root mentioned his Lupus battle and asked DuVernay about her decision to include that storyline for Aunt Vi,  the acclaimed director shared her personal story.

“I have Lupus. That’s why I put it in. I”ve been in remission for 20 years. I did want to make sure we create spaces. Thank you for sharing your story. We rarely hear about men in the Black community, it’s always focused on women,” said DuVernay. “We don’t do ‘very special episodes’ of Queen Sugar. If we talk about an issue, you’re gonna hear about it next season and on and on. If Micah is having an issue with police brutality in one episode, it’s going to be a part of his life and a part of his personality going forward. We wanted to give that chronic illness to Aunt Vi and show that you can live, you can battle through it, you can continue to thrive, but you have to manage it.”

For her part, DuVernay is grateful to Oprah Winfrey for allowing her vision to flourish and allowing her to not only have a seat at the table, but build her own.

“It is the ideal table. The only reason I can build the ideal table is because Oprah built the house. We are in her house and there is no obstacle I have on this show that can’t be surmounted. And it’s not even her making calls, it’s just people respecting what she’s building and respecting our room in the house. I like to see a lot of other Black artists coming.”

Queen Sugar is on OWN every Wednesday at 10 pm EST.  Tune in to see the latest fallout from Nova’s book. Will the Bordelons find a way to stay together?