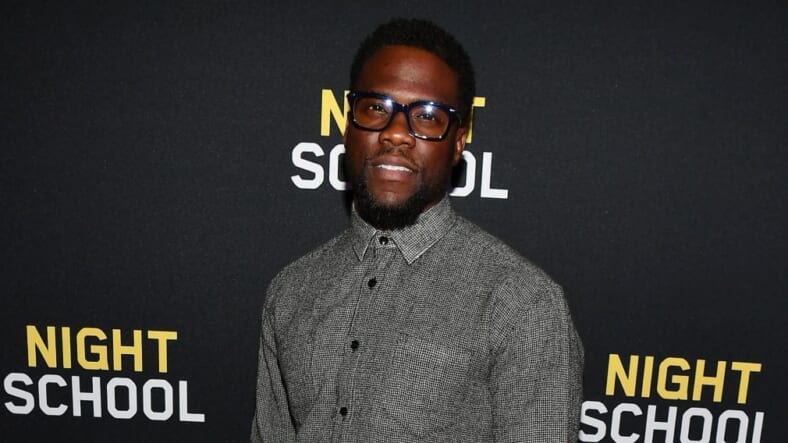 Kevin Hart may be on the mend, but his legal problems haven’t ended.

Hart, who is undergoing rehab for a horrific car accident, has been slapped with a $60 million lawsuit from Montia Sabbag, the woman he got caught on camera having an extramarital affair with, PEOPLE reports.

In 2017, that sexual encounter went public when TMZ dropped the sex tape online.

Outlets reported that Hart’s close friend allegedly set him up and was arrested for putting up a camera in Hart’s hotel room and recording the comedian’s rendezvous with Sabbag.

At the time, Hart was framed in the scandal as somewhat of a victim having been double-crossed by a close friend in his inner circle who reportedly tried to extort millions from him.

However, Sabbag is calling bull, saying that Hart and his friend Jonathan Todd colluded to set the whole thing up for personal gain. She is suing for a whopping $60 million in damages, which includes claims of alleged intentional infliction of emotional distress, negligence and invasion of privacy, according to court documents obtained by PEOPLE.

Sabbag claims in the court docs that Hart allowed Jackson to access the room to set up the video to record their encounter without her knowledge. And, she said it was all done to help “promote [Hart’s] Irresponsible Tour, which was a record-breaking comedy and to increase his overall pop culture status,” according to the documents.

When the whole embarrassing ordeal went down, Hart took to social media to publicly apologize to his wife, Eniko who was pregnant at the time.

“I’m guilty [of infidelity], regardless of how it happened and what was involved, the s– that I can’t talk about, I’m guilty. I’m wrong,” Hart said in an interview with the Power 105.1 FM show The Breakfast Club in December 2017. “It’s beyond irresponsible. There’s no way around it. That’s Kevin Hart in his dumbest moment. That’s not the finest hour of my life. With that being said, you make your bed you lay in it.”

Sabbag was first looked at as a suspect, but came out publicly to say that she was a victim.

“I am not an extortionist. I had nothing to do with these recordings.”

Hart continues to recover as he undergoes rehabilitation after a car accident resulted in him fracturing his spine when his friend drove him off the road in Calabasas.