Taylor Swift on feud with Kanye West: ‘He literally did the same thing to Drake’

The singer swears she's the real victim in this scenario 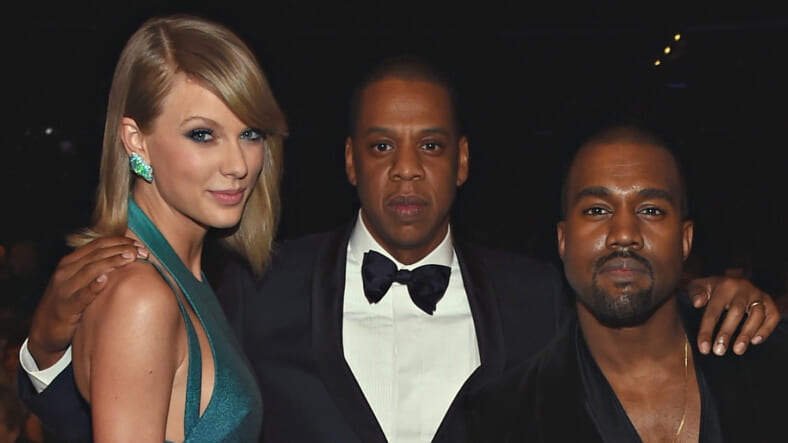 Taylor Swift did a pretty in depth interview with Rolling Stone this week and in it she reflects on her tumultuous relationship with Kanye West and the public feud that at one point had people calling her a snake.

In the story published on Wednesday, the singer was asked about that now infamous phone call that was aired on Keeping Up With The Kardashians Taylor and “the context and the events” leading up to it that didn’t make it onto the show.

“I started to feel like we reconnected, which felt great for me—because all I ever wanted my whole career after that thing happened in 2009 was for him to respect me,” she said of that brief period of time when it appeared that she and West were on the road to calling a truce. “When someone doesn’t respect you so loudly and says you literally don’t deserve to be here—I just so badly wanted that respect from him, and I hate that about myself, that I was like, ‘This guy who’s antagonizing me, I just want his approval.’ But that’s where I was . . . It just felt like I was healing some childhood rejection or something from when I was 19.”

She then touched the issues surrounding West receiving the Vanguard Award from her at 2015 MTV Video Music Awards. Swift claims they talked for over an hour about getting her to present the award, noting, “He can be the sweetest.”

READ MORE: How the Shaun King/DeRay Mckesson beef leaves us not knowing what to think

I hadn’t done a @RollingStone cover in 5 years, and hadn’t seen @hiattb since I got in 2 car crashes while driving him around during our interview in 2012. ?‍♀️ There were no cars driven this time, but we had a lot to catch up on.
?: Erik Madigan Heckhttps://t.co/NAFBh0pUgI pic.twitter.com/fwbRYouo8r

But during the actual VMAs ceremony she watched the rapper tell the audience that MTV had gotten her to present the award just for ratings.

“And I’m standing in the audience with my arm around his wife, and this chill ran through my body,” she said. “I realized he is so two-faced. That he wants to be nice to me behind the scenes, but then he wants to look cool, get up in front of everyone and talk shit. And I was so upset.”

She says after that hiccup West apologized and she tried to move forward with their reconciliation but after the scandal from that lyric that references her on the Pablo track “Famous,” she’s now accepted they’ll never be friends.

“And then he literally did the same thing to Drake,” she said referencing claims West is who told Pusha T about Drake’s secret child.