Snoop Dogg jokes about Tekashi 69, and drags R. Kelly into it 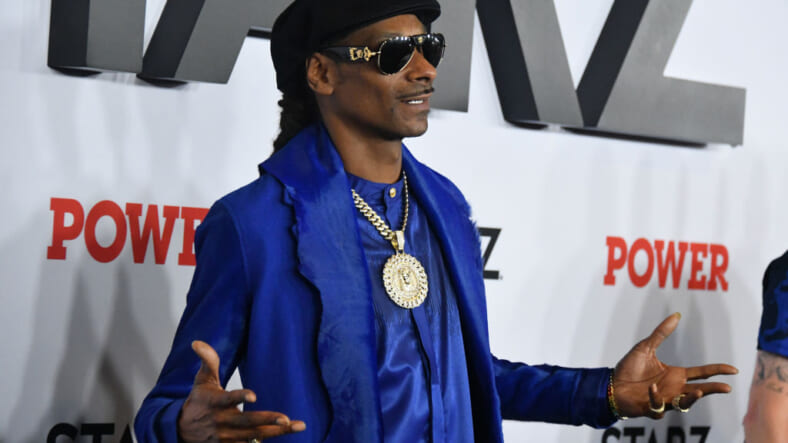 Celebrities and fans took to social media this week to discuss Tekashi 6ix9ine “snitching” on many of his friends and former gang the Nine Trey Bloods while on trial.

6ix9ine is said to have implicated Trippie Redd, Cardi B, Jim Jones, and Casanova in his testimony in court. The news of 6ix9ine dropping the dime on so many people sent rapper Snoop Dogg over the edge, CelebrityInsider.org reported.

Snoop posted a series of memes on Instagram mocking the multi-colored hair rapper, one including his former cooking show co-host Martha Stewart. But one in particular dragged R. Kelly into the conversation.

The last statement in the post said, “R. Kelly peed on me too.”

The comments showed many people laughing at Snoop’s post but not found the situation comical. One person commented wondering why people should be loyal to gangs that abuse them.

“@snoopdogg Lol this post is funny but on the other hand why is it wrong that he is snitching ??‍♀️ why should he remain loyal by Shutting up to those who used him, robbed him, threaten him and his mother’s life, kidnapped him. Let this be a lesson y’all STOP be loyal to gangs that don’t give a f*ck about you. But on the other hand, this WAS his decision, AND HE chooses this life. He just didn’t expect things to hit the fan.”

This slight mention of Kelly was a reminder that the R&B is still in trouble with the law. His request to be in general prison population, was granted but his legal battle is far from over.

A warrant for his arrest was recently issued, according to Celebrity Insider, although he is in jail, a warrant was issued due to him not showing up to court for another legal case.

Read More: Cardi B denies being a member of Nine Trey Gangster Bloods as claimed by Tekashi 6ix9ine

His lawyer pointed out how disappointed he was in the legal system. He believed that they should have known that it would be physically impossible for Kelly to appear in court die to since he was in jail.