Jean's sister speaks to theGrio about her expectations for the case against the officer who shot and killed her brother.

It has been over a year since Allisa Findley received the heartbreaking news that her brother and best friend, Botham Jean, had died.

Jean had been shot by the hands of a white, off-duty, Dallas police officer who told investigators that she mistakenly entered his apartment instead of her own and shot him to death thinking he was an intruder.

Today is the first day of the trial against Amber Guyger who was arrested, fired from her job, initially arrested on manslaughter charges, and then indicted on a murder charge. It will be the first time Findley, and the rest of the Jean family, will sit in the same space as her brother’s killer.

As the trial begins, one thing that is clear is that this isn’t like other situations where Black men have been shot and killed by white police officers. Jean was not found with a fake gun, seen running from the police, or allegedly shoplifting. He was relaxing in his home at the South Side Flats apartments in Dallas when Guyger entered his apartment and shot him dead.

Her recklessness and use of deadly force as an officer will be likely key to the prosecutor’s case.

Unfortunately, the only person still alive to describe what happened that night is Guyger, but the Jean family wants to make sure that their questions are also answered and in doing so, hope that justice for their beloved family member is finally received. 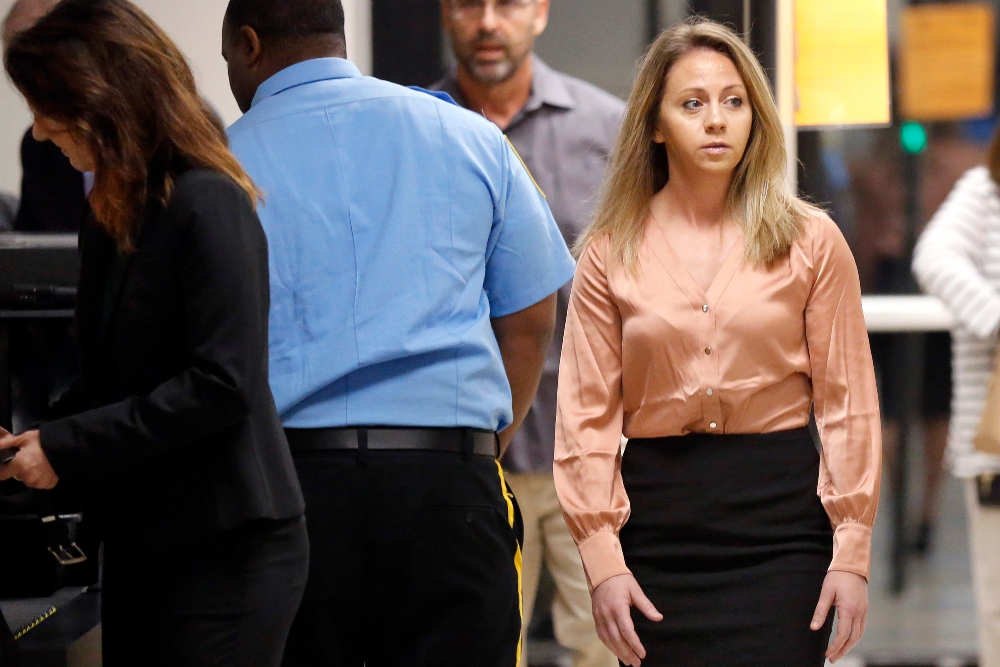 In this Sept. 13, 2019 file photo, fired Dallas police Officer Amber Guyger, right, arrives for jury selection in her murder trial at the Frank Crowley Courthouse in downtown Dallas. The murder trial for a Guyger who shot and killed Botham Jean, an unarmed black man in his Dallas apartment is set for opening arguments Monday Sept. 23, 2019. (Tom Fox/The Dallas Morning News via AP File)

“I just want it over and done with,” said Findley in an interview with theGrio. “Once it’s done, then we can actually start grieving and looking for closure. Having to deal with a trial, we haven’t had that opportunity yet.”

Findley lives in New York City, but will be in the courtroom today and every day until there is a verdict. Jean’s parents, who flew in from St. Lucia, will be there as well. Findley says that since her brother’s death, they have all been taking things one day at a time.

Anchored by their parents, Bertrum and Allison Jean, the family has been waiting for this day. They contend that there are too many details about Guyer’s story that simply don’t add up and that the police have done nothing but help Guyger conceal the truth.

According to the Fort Worth Star-Telegram, Guyger’s arrest affidavit contradicts a search warrant for Jean’s apartment. Police say evidence found at the scene confirms Guyger’s account that she came home, sleep deprived, after a long shift when she got off on the wrong floor (she lived on the third floor; Jean, just upstairs, on the fourth.)

The 30-year old officer says she tried to use her electronic key, but that the front door was already slightly open and that the force of pushing the key in is what exposed Jean as a “large silhouette” across the room. Guyger says that she shot him because she thought he was an intruder. She claims she didn’t realize the mistake until she turned on the lights and realized she’d entered the wrong apartment.

Interestingly enough, her 9-1-1 call evokes the sincere emotion of her dire mistake, but doesn’t necessarily relay the same “protect and serve” concern for the man she had just shot and killed. She can be heard saying, “I thought it was my apartment,” 19 times on the call.

Jean later died at the hospital. He was 26.

A neighbor, who reportedly provided a statement to investigators, provided different details, saying that she believes Guyger used her key to get into the apartment and when Jean opened the door, she heard a loud exchange of words. The neighbor says what followed was the sound of at least two gunshots. 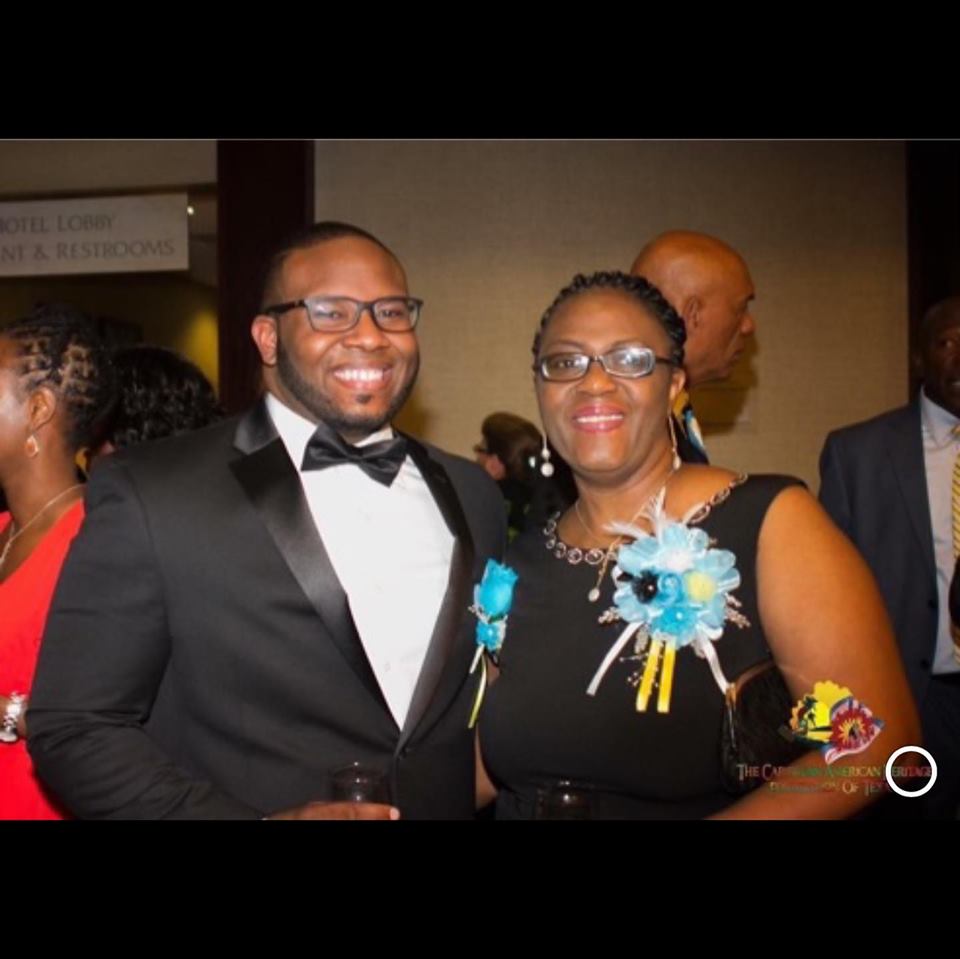 Botham Jean and his mother, Allison Jean in an undated photo together. (Courtesy of the Botham Jean Foundation.)

Just days after Guyger killed the St. Lucia-born accountant, police disclosed that Jean had a small amount of marijuana in his apartment. It’s a detail that is irrelevant to the circumstances, but what Jean supporters believe only further blames the victim for his own murder.

The family, represented by Civil Rights attorney, S. Lee Merritt, also feels that the efforts made by the Dallas Police Department to move the case out of the county in which the crime occured is nothing more than a ploy to stall the case.

“It’s a big deal that the trial remains in Dallas,” says Merritt in an interview with theGrio.

“The other 12 counties in the area that they were considering not only are different in terms of diversity, since Dallas county is majority Black, the other jurisdictions are almost 80 percent white and very conservative and Trump territory with a heavy “back to blue” culture. Keeping the case in Dallas county, where the crime happened and the community is most affected, was very important,”

If it was up to Dallas Police Association President Mike Mata, this trial wouldn’t even start today. Mata has pleaded with trial judge, Tammy Kemp to delay the proceedings because the State Fair of Texas and the trial will coincide with one another. Mata believes that the potential public safety issues as a result of police staffing could be detrimental to visitors and/or those interested in the outcome of the Guyger case.

“The longer you delay this trial, the longer the family has a chance to grieve and get closer, but also evidence will start to disappear, and witnesses will get foggy. You only increase the chances that this woman gets off.”–Lee Merritt, Jean family attorney

Merritt says that’s bogus and believes the judge made the right decision to move things forward.

“Luckily, this didn’t happen. This is just the DPA stating their values where they obviously value recreation over justice masked within a concern for public safety,” says Merritt. “I think that’s a thinly veiled pretext for just simply not valuing the lives of Black males in general and Botham Jean in particular.”

“If there was a real safety concern, it hasn’t been rooted in any of the evidence or any actual threat, then move the state fair. Justice should take precedence over corn dogs and cotton candy. The longer you delay this trial, the longer the family has a chance to grieve and get closer, but also evidence will start to disappear, and witnesses will get foggy. You only increase the chances that this woman gets off.“

As Allisa Findley and her parents sit in court today, their thoughts will be squarely focused on Botham, who would have turned 27 this coming Saturday. The family plans to celebrate his memory with the first ever “The Red Tie Event Celebrating the Life and Legacy of Botham Jean.”

Sponsored by the Botham Jean Foundation, his former employer, PricewaterhouseCoopers as well as his alma mater, Harding University, the event will take place in Dallas and is expected to raise funds in order to expand the missionary work Jean started before he was killed. It’s one small way that the family can make something positive out of the hell they have endured over the last nearly 13 months. Unfortunately, not even planning the fundraiser, will deter Findley from her primary focus.

“I am hoping for justice for my brother,” says Findley. “I pray for it every day. To me, justice would look like his killer being found guilty of murder.”

Wendy L. Wilson is the managing editor at theGrio. Follow her rants, raves and reviews on Twitter @WendyLWilson_