Antonio Brown signs up for college after being cut from Patriots 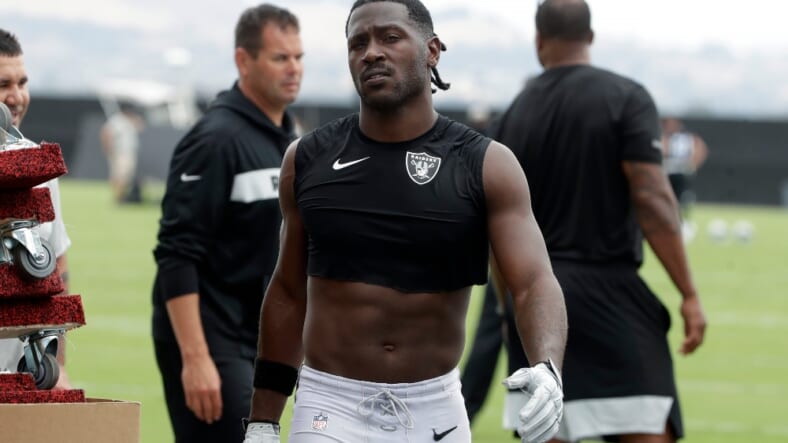 Antonio Brown is putting down the football and picking up some textbooks.

Brown signed up to take Introduction to Management, Technical Writing, Death and Dying, and a Racism and Equality course, The Daily Mail reports.

Brown was released by the New England Patriots last week after a second woman came forward and accused him of sexual harassment, following an explosive sexual assault claim by his former trainer Brittany Taylor who filed a civil suit.

Brown announced on Twitter that he would not be playing for the NFL anymore and aired his frustration with the power that owners have with the ability to “cancel deals do whatever they want at anytime.”

“Will not be playing in the@NFL anymore these owners can cancel deals do whatever they want at anytime we will see if the @NFLPA hold them accountable sad they can just void guarantees anytime going on 40m 2 months will see if they pay up,” Brown wrote Sunday on Twitter.

The newest report of sexual misconduct comes from a woman who additionally said Brown texted her intimidating and threatening messages.

Brown has denied the sexual misconduct allegations leveled against him.

In addition to fighting sexual assault allegations, Antonio Brown is in court for another matter.

On Tuesday, Brown attended a deposition related to an April 2018 incident where he allegedly threw furniture from the balcony of a luxury Miami apartment building.

Owners of The Mansions at Acqualina sued the NFL player for damages to his apartment and areas affected by the thrown furniture, per TMZ Sports. He previously reached a settlement in July with a family that alleged a 22-month-old child was almost struck during the incident.

#AntonioBrown settled out of court after a family accused him of throwing furniture from a 14th story balcony that nearly hit a 22-month-old and that child’s grandfather last year in Sunny Isles. There is surveillance video of the incident obtained by @wsvn #7News. #Exclusive pic.twitter.com/mHx8VSb4u6

Brown filed court documents in October 2018 stating he wasn’t the person who threw the furniture.

“The acts were committed by another individual who was also present at the time of the incident,” he wrote, per TMZ.