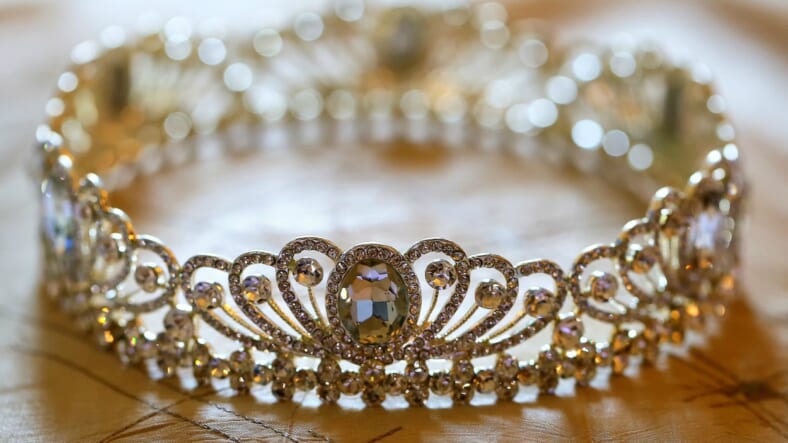 For Brandon Allen, being crowned homecoming queen was a dream come true for the Memphis Tennessee high school senior, despite being male.

“I decided to wear a dress because I strongly believe in the fact that I’m a queen,”the LGBTQ teen.

On Friday, his wish came true when his peers elected him to a gender neutral new title: Homecoming Royalty of White Station High School.

“When I won I felt so relieved and so happy because I had been fighting for something that I wanted for the longest amount of time and then I finally got it,” Allen, 17, told the Memphis Commercial Appeal.

Allen’s homecoming court picture with him donning a sparkly gold dress made its rounds on social media to  a mix of reactions from those who embraced him and others who were critical.

The school shared the WSHS senior’s image holding a bouquet of flowers on Facebook. They also shared the image on Twitter. The school’s principal Carrye Holland said she was proud students exercised their right to choose who they wanted.

“It’s the students’ choice of who they want to support as homecoming royalty,” said Holland. “I’m exceedingly proud to be the principal of our amazing school. WSHS loves and supports everyone regardless of who they are or what they believe.”

“The District is committed to ensuring a positive and respectful school environment where everyone is treated with dignity,” said Joris M. Ray, superintendent of Shelby County Schools in Memphis. “Homecoming queen and king is a tradition based 100 percent on student votes. As Superintendent, I support student voice and expression.”

Allen was thankful to his school community of peers and staff for helping him make a dream come true after two unsuccessful attempts at homecoming court during his sophomore and junior years.

“Majority of the school population was supporting me,” he said. “It’s because I’m such a social bird.”