Instead of J Lo and Shakira, “Pitbull, A.K.A. Mr. Worldwide, along with Flo Rida and Rick Ross, should really be the headliners of this halftime show,” Luke wrote in a recent op-ed. 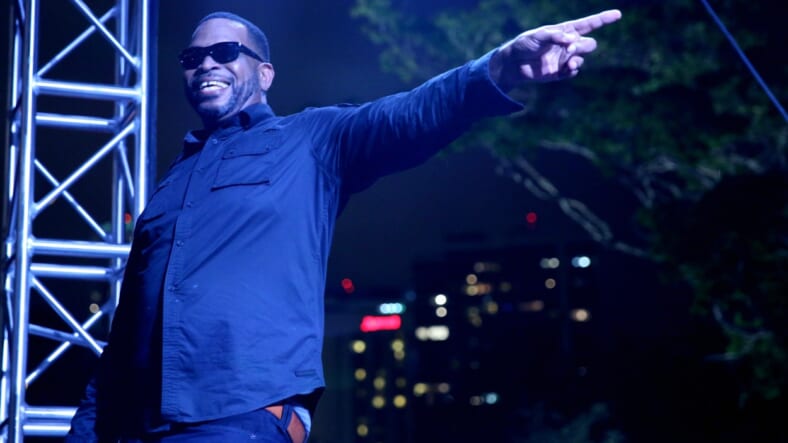 Rap Legend Luther Campbell, also known as  Uncle Luke, is not feeling Jay Z’s collaboration with the NFL and says the hip hop mogul is serves as the “token Black guy.”

Campbell shared his thoughts in a Miami New Times op-ed post. He accused Jay Z and the NFL of “disrespecting” Miami’s music industry by failing to hire Miami-based acts on their home turf.

“Pitbull, A.K.A. Mr. Worldwide, along with Flo Rida and Rick Ross, should really be the headliners of this halftime show,” Luke wrote. “J. Lo and Shakira should be Pitbull’s invited guests since he did songs with them. And Flo Rida should be inviting Trick Daddy, Trina, and other Miami superstars to share the spotlight. The NFL is going about this ass-backward.”

He goes on to say: “Neither Lopez nor Shakira is from Miami. J. Lo is from New York City and lives in the Big Apple with her husband, former baseball player Alex Rodriguez, who grew up in Miami, although he’s quick to tell people he reps New York. Shakira may live in Miami, but like other celebrities who have a home here, she’s looking for tax breaks. Lopez and Shakira don’t get involved in social issues that concern the community. They don’t volunteer to help the needy. To me, that’s a settler. This Super Bowl is supposed to be about showcasing Miami for more reasons than one.”

According to the official press release, through Roc Nation, Jay Z will co-produce the Super Bowl Halftime show and contribute to Inspire Change, a foundation the NFL started in response to public outrage over their mishandling of Kaepernick’s peaceful #TakeTheKnee protest.

What do you think, Grio fam, should a Miami-based act lead the halftime show? Let us know your thoughts in comments.