Marie Grover received a surprise “Happy Birthday” serenade from the 'Jumanji' actor in a viral video that warmed hearts this week. 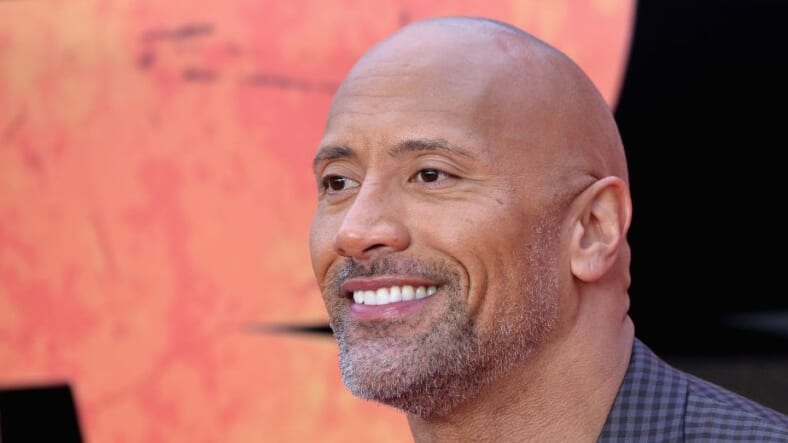 Dwayne “The Rock” Johnson is warmer and fuzzier than the characters he portrays in his movies.

—Is Dwayne Johnson returning to his wrestling roots?—

Just ask one of his biggest fans, 100-year-old Marie Grover who was blessed with a surprise “Happy Birthday” serenade by the Jumanji actor in a video that warmed hearts and went viral this week.

“I hear you’re a very big fan of mine, which I’m so honored, by the way, that you’re a fan,” the actor says in the video which was shared by Grover’s friend Jamie Klingler on Twitter Wednesday.

“I believe you’re in Philadelphia, I love Philadelphia, I’m sending you so much love and a huge congratulations on 100 years … what an amazing life.”

“I’m very happy you were born,” he says before adding, “And now, wonderful, now you can eat cake, you can get drunk … party hard.”

Klingler said Grover has been a big fan of ‘The Rock’ for the last 30 years and had previously reached out to his people but effort fell flat, Klinger told Buzzfeed on Wednesday.

So Klinger took matters into her own hands and tweeted Johnson directly asking if he could give Grover a special birthday wish. And her wish was his command.

Oh my god-my punt to get @TheRock to wish my best friend’s gram a happy 100th birthday as she adores him might work.A friend of a friend is in touch.She will lose her mind. When we were in high school (25 years ago) she would wear a rock sweat shirt and tell us how handsome he is

Johnson answered the call the same day saying: “What?? First I’m hearing of this! Who’s turning 100? Beautiful age! What do you need, Jamie?”

Grover can be seen in the video, laughing and all giddy as she watched her dream boat Johnson singing her praises.

“It’s really all down to Dwayne and his kindness,” Klingler said. “He made an old woman so incredibly happy. I will always be grateful. She is a legend.”

Moments like that, Johnson said, are the “best part of fame” .

Love seeing this. Happy 100th Grandma Grover! I’m honored you’re a fan and grateful you were born! Much love, Rock.
(wish my grandma was still around, but stuff like this is always the best part of fame) #phillystrong ? https://t.co/EvuKAbuULT