Tyler Perry opens up about how Hollywood “ignored” him 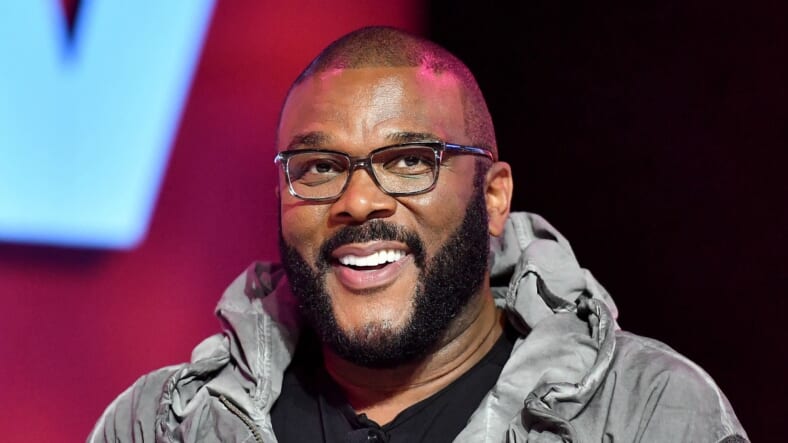 Tyler Perry attends his being honored with a Star on the Hollywood Walk of Fame on October 01, 2019 in Hollywood, California. (Photo by David Livingston/Getty Images)

After getting shut out by Hollywood during the beginning of his career, Tyler Perry went on to prepare his own table and open an expansive world-class movie studio in Atlanta.

In doing so, the director, actor, and producer carved out his own lane and now stands as the only African American to own a major movie studio.

Perry, 50 sat down with Gayle King on CBS This Morning and opened up about making his own way because Hollywood largely “ignored” him.

“I clearly believe that I’m ignored in Hollywood, for sure. And that’s fine. I get it,” said Perry.

It was a rough road to the top and Perry got tired of asking for a seat at the table and seeking Hollywood’s support.

Over the weekend, he posted a Facebook message, welcoming fans to “his table” after he invited his rich and famous friends to an affair celebrating the new, state-of-the-art Tyler Perry Studios located on the former confederate army base at Fort Mcpherson.

The star-studded celebration was hosted on 330 acres with high-profile attendees like Oprah Winfrey, Whoopi Goldberg and Halle Berry three of the 12 celebrities he named his movie studio buildings after. Other attendees included Ava DuVernay, Beyonce, Bill Clinton and Hillary Clinton, Will and Jada Smith, and Spike Lee.

Perry is producing two new shows for the BET network, including the White House drama The Oval, and Sistas, about a group of single black women.