Mariah Carey dishes about the fake rivalry with Whitney Houston 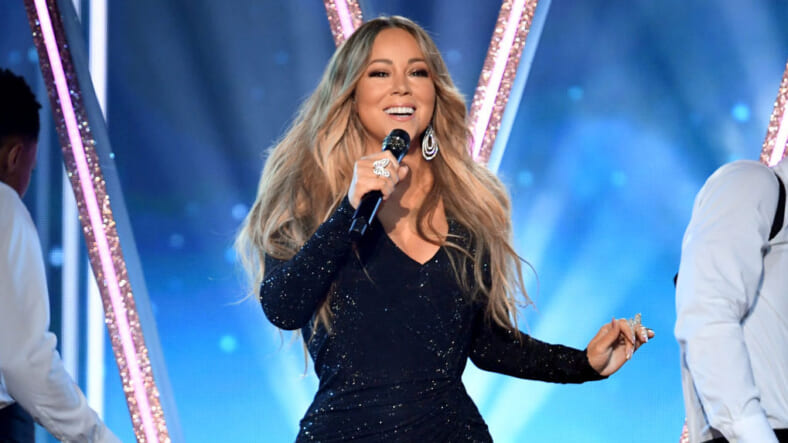 Mariah Carey is not just a songbird who can belt out high octaves, she’s also a powerhouse musician who is all about sisterhood in an industry that feeds off pitting powerful women against each other.

—Mariah Carey admits she’s ‘kind of a prude’, says her number of lovers is not many—

Carey, a five-time Grammy Award-winning artist who is being honored in Variety’s Power of Women Issue, talked about how the industry worked to conjure up a feud between her and the legendary Whitney Houston.

“What has to change in our industry the most? One of the things is the pitting of women against each other,” Carey told Variety.

“There was the situation where, when I started, everyone was like, ‘Oh, her and Whitney [Houston], let’s put them against each other and blah, blah, blah,” she recalled. “We didn’t know each other! And she was one of the greatest of ALL TIME.”

“And then we finally did a duet together that won an Oscar, we had the best time working together. It was female camaraderie. We both got it.”

“We were like, ‘She doesn’t hate me…we’re actually having this great time together and laughing and this is more fun than I have working alone, ever’ So I think camaraderie with women that you respect is a huge deal.”

Carey and Houston teamed up to sing “When You Believe,” for the 1998 animated film “Prince of Egypt” which was co-written and produced by Kenneth “Babyface” Edmonds.

The two powerhouse stars had mutual respect for one another and appeared at the 1998 Video Music Awards dressed in similar white gowns to show solidarity. The song won Best Original Song a year later at the 1999 Academy Awards.

Most infamously though, we need to know if Carey truly has beef with J Lo, Jennifer Lopez who she claimed at one point, “I don’t know her.”

Carey is gearing up for a holiday tour that kicks off in Vegas in November.