Despite outrage from the community, white ex-Fort Worth cop is now home with his family and friends after fatal shooting 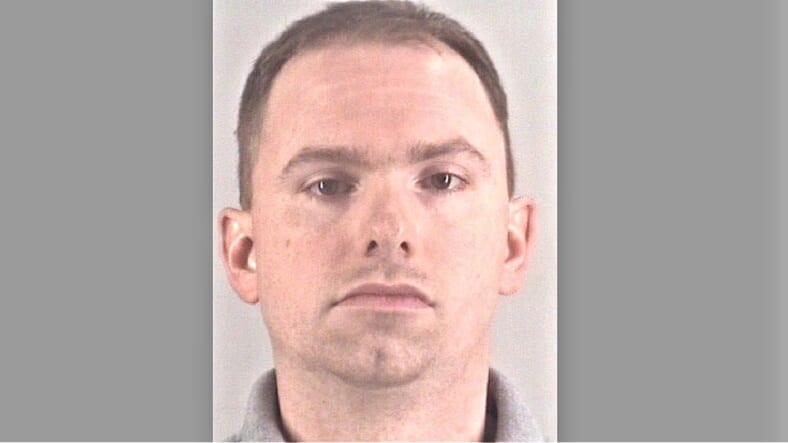 The white former Fort Worth Texas police officer Aaron Dean who was charged with murder after fatally shooting Atatiana Jefferson on Saturday in her own home is out of jail on a $200,000 bond.

The trigger-happy former cop killed the 28-year-old woman with one shot through her bedroom window, while casing the outside of her home after a neighbor called authorities to do a welfare check because the door appeared to be slightly open.

Dean has since resigned from the department followed the national outcry from the victim’s family and activists who marched and demanded transparency and his immediate firing. But before Interim Fort Worth Police Chief Ed Kraus could fire Dean, he quit.

“My intent was to meet with him today to terminate his employment with the Fort Worth Police Department, however, the officer tendered his resignation this morning before we met,” Kraus said previously on CNN.

Additionally, Kraus said Dean is “dishonorably discharged” from the force.

Merritt is the same attorney who assisted Botham Jean’s family in getting justice after he was shot and killed by former Dallas cop, Amber Guyger.

“If you think this is over, you have not been paying attention,” Merritt said.

“Atatiana Jefferson deserved to live in a world where she was safe from brutality playing video games in her home with her nephew. (Her nephew) Zion deserves more too. Let’s change this world into the one he deserves.”

READ MORE: Atatiana Jefferson’s grieving father says, ‘Unlike this Botham Jean, I don’t want no hug,’ after daughter was gunned down by Fort Worth cop in her own home

“We understand that this is a tough and tragic event, not only for her family but for the community,” Daniels said. “We value the trust that we’ve had with our community. We will continue to build that trust.”

On Saturday, a neighbor called the Fort Worth police because Jefferson’s front door appeared to be open. Two seconds after arriving at the house in response to the call, Dean is seen on edited body camera footage shouting commands outside saying, “Put your hands up! Show me your hands!” He never identifies himself, but instead decides to immediately fire into what looks like a dark bedroom. We later learned that Jefferson was in that room and had been shot to death while babysitting her 8-year old nephew. The medical examiner says she died at 2:30 a.m.